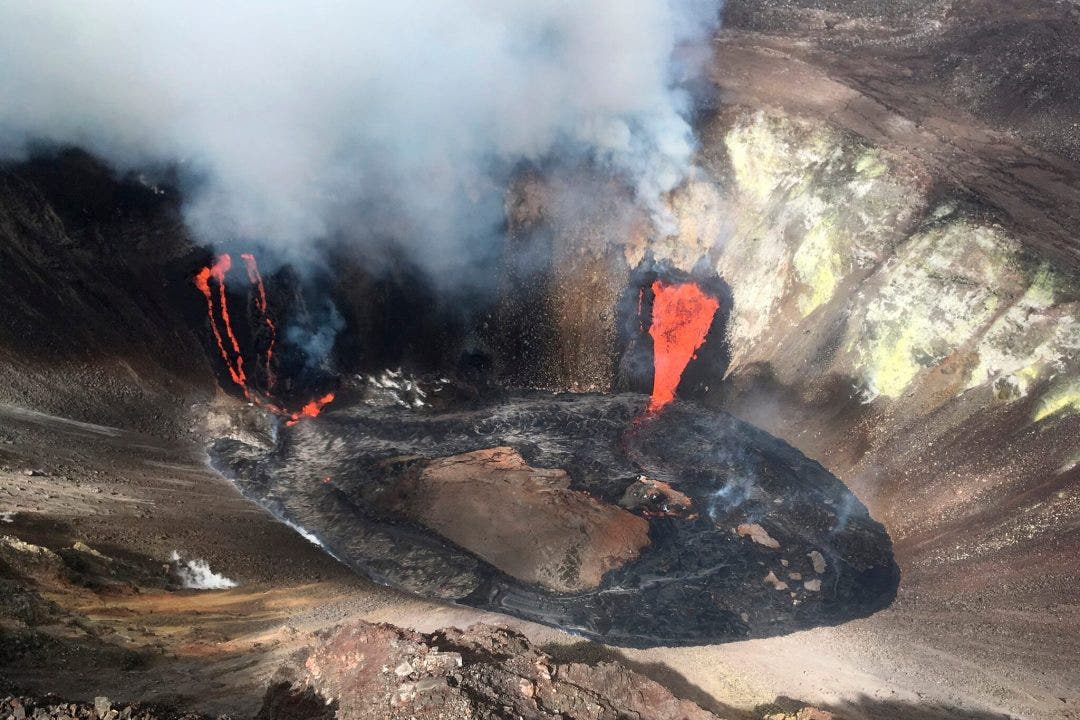 A few days after the eruption of the Kilauea volcano on the large island of Hawaii, the aftermath of the natural disaster is now forming a lake of lava and can even be seen from space.

Lava was rising more than 3 feet an hour after the volcano erupted after a two-year break, scientists said on Tuesday. According to the US Geological Survey, a lava lake, some 140 meters from the bottom of the crater, has formed, the Associated Press reported.

A plume rises close to active cracks in the Kilauea volcano crater in Hawaii on Monday, December 21, 2020. (M. Patrick / US Geological Survey via AP)

KILAUEA VOLCANO ERUPE IN THE GREAT ISLAND OF HAWAII

“It is a plume of vog (volcanic fog), formed by steam and other volcanic gases being released from the volcano, tweeted the USGS Volcano report in response to a question.

Since its eruption on December 20, Kilauea, one of the most active volcanoes in the world, has released nearly 2 billion gallons of lava.

So far, Kilauea has caused no damage to property, unlike previous eruptions, including the most recent in 2018. In that eruption, it spewed out enough lava to form a new island, Fox News reported earlier.

This eruption resulted in the destruction of more than 700 homes.

VOLCANO ERUPE IN THE GREAT ISLAND OF HAWAII, DRAG CROWDS TO THE PARK

Although Kilauea has erupted approximately 50 times in the past 100 years, it pales in comparison to its most active period, when it had a period of about 300 years of “explosive eruptions”, the USGS said on its website.

The Associated Press contributed to this story.