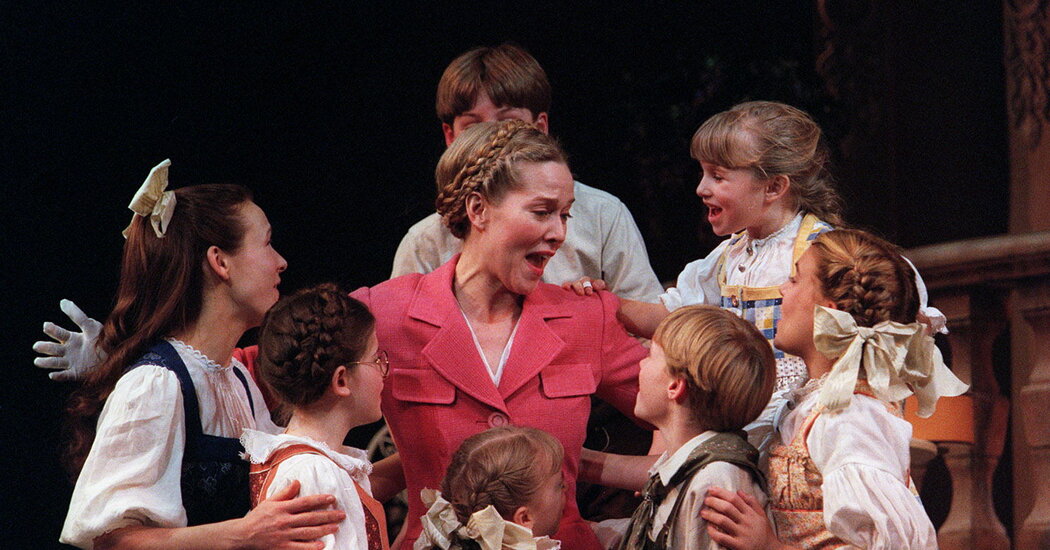 Rebecca Luker, the actress and singer who in an acclaimed three-decade career on the New York stage has incorporated the essence of the naive Broadway musical into successful revivals of “Show Boat”, “The Sound of Music” and “The Music Man” , died on Wednesday in a hospital in Manhattan. She was 59 years old.

The death was confirmed by Sarah Fargo, her agent. Ms. Luker announced in February that she had amyotrophic lateral sclerosis, commonly known as ALS or Lou Gehrig’s disease.

Luker’s Broadway career, driven by his clear operatic soprano, brought Tony three nominations. The first was for “Show Boat” (1994), in which he played Magnolia, the captain’s fresh teenage daughter, whose life was ruined by marriage to a boat player. The second was for “The Music Man” (2000), in which she was Marian, the primitive librarian from River City who charms a traveling flimflam man who thinks – mistakenly – that he is just passing through the city.

In the meantime, Ms. Luker charmed the critics by playing against the guy in a 1997 Encores! production of “The Boys From Syracuse”. Like Adriana, the neglected wife who regains her pace (with her husband’s long-lost twin brother), she wore tight 1930s dresses and exuded what Ben Brantley, in his criticism of The New York Times, called “a disarming confectionery sensuality “

Playing Adriana was fun, admitted Ms. Luker. “For the first time in my life, I had to do a little,” she told The Times in 1998. “Learning to turn to the public, learning to hold on to laugh – I ate with a spoon.”

But at the end of that year, she was deeply in naive territory again, playing Maria, the undisciplined novice nun who became the resident governess of seven, in “The Sound of Music”.

When she won her third nomination for Tony, this best actress in a musical, it was for playing Winifred Banks, an English married with two children and a talented nanny, in “Mary Poppins” (2006).

Despite all her success in musicals, Ms. Luker did not identify herself as a type of show-tune. “I’m not a musical theater person,” she told Playbill in 2003. “I love rock and jazz. I love the 70s things I grew up with. “

Rebecca Joan Luker was born on April 17, 1961, in Birmingham, Alabama, and grew up in Helena, a small town nearby. She was one of the four children of Norse Doak Luker Jr., a construction worker, and Martha (Baggett) Luker, the treasurer of the local school. Rebecca sang in her church choir (First Baptist of Alabaster) and was a member of the band Thompson High.

In high school, she participated in a beauty contest. Singing “Much More”, the ballad of female dreams and determination of “The Fantasticks”, she won a college scholarship as runner-up for Alabama’s Junior Miss.

This took her to the University of Montevallo, just 22 kilometers from her parents’ home, where she graduated in music and received her diploma in 1984. Graduation was a year later than planned because she took a break to work at the Michigan Opera Theater , where he met his future New York agent. Just five years after college, she was on Broadway stages, taking on the lead female role in “The Phantom of the Opera” – Christine, the chorister who is the object of the ghost’s affection.

“Phantom” was his Broadway debut; she started as a replacement for the original star, Sarah Brightman; he became an alternate; and took over as Christine in 1989. She stayed with the show until 1991.

Ms. Luker immediately switched to another Broadway show: she played a ghost, the late Aunt Lily, the orphan girl, in “The Secret Garden”. In his review in The Times, Frank Rich highlighted “I Heard Someone Crying”, Luker’s obsessive trio with Mandy Patinkin and Daisy Egan, for a special compliment.

In several of her later Broadway roles, Ms. Luker replaced the original actress in a long-running success. She took on the role of Claudia, the film star muse of the director-protagonist, in “Nove” (2003); Marie, the temperamental fairy godmother, in “Cinderela” (2013); and Helen, the frustrated wife and mother who misses being an actress – just as Mrs. Banks did in “Mary Poppins” – in “Fun Home” (2016).

She aged gracefully in several of her off-Broadway roles. Twenty years after starring in a 1996 “Brigadoon” revival as Fiona, a Scottish girl so rare that she really only appears once a century, she played a fun buff matron in AR Gurney’s comic drama “Indian Blood” (2006) . In 2011, she was an Italian duchess suffering the death of her son in Maury Yeston’s musical, “Death Takes a Holiday”.

Ms. Luker also had a thriving cabaret career, appearing in intimate venues like Café Carlyle and Feinstein’s / 54 Below, but she professed a special love for the “live experience in front of an orchestra”.

The stage has always been her first home, but she finally made her debut as an actress in the late 1930s, when she appeared in “Cupid and Cate” (2000), a Hallmark Hall of Fame television film in which she played the perfect and perfect heroine sensible sister. Between 2010 and 2020, she had special roles in series like “Boardwalk Empire” and “NCIS New Orleans” and appeared in three films, including “Not Fade Away” (2012), a drama about a teen rock band.

Her role on the final stage was as the narrow-minded wife of a small-town minister in a 2019 Kennedy Center production of “Footloose”. She performed at a concert in honor of lyricist Sheldon Harnick in March 2020.

Ms. Luker married Gregory Jbara, an actor, in 1993; they divorced in 1996. In 2000 she married actor Danny Burstein, whom she met when they starred together in “Time and Again” in San Diego.

Mr. Burstein survived it. Information about other survivors was not immediately available.

Looking back on her career on a Theater People 2016 podcast, Ms. Luker expressed gratitude for the roles she had played, but admitted that she probably should have broken the mold of leading lady – studied acting longer and more seriously, appeared in more plays, made more comedy.

“I wish I had diversified a little more,” she said cheerfully. “Maybe it’s a bitch or something.”