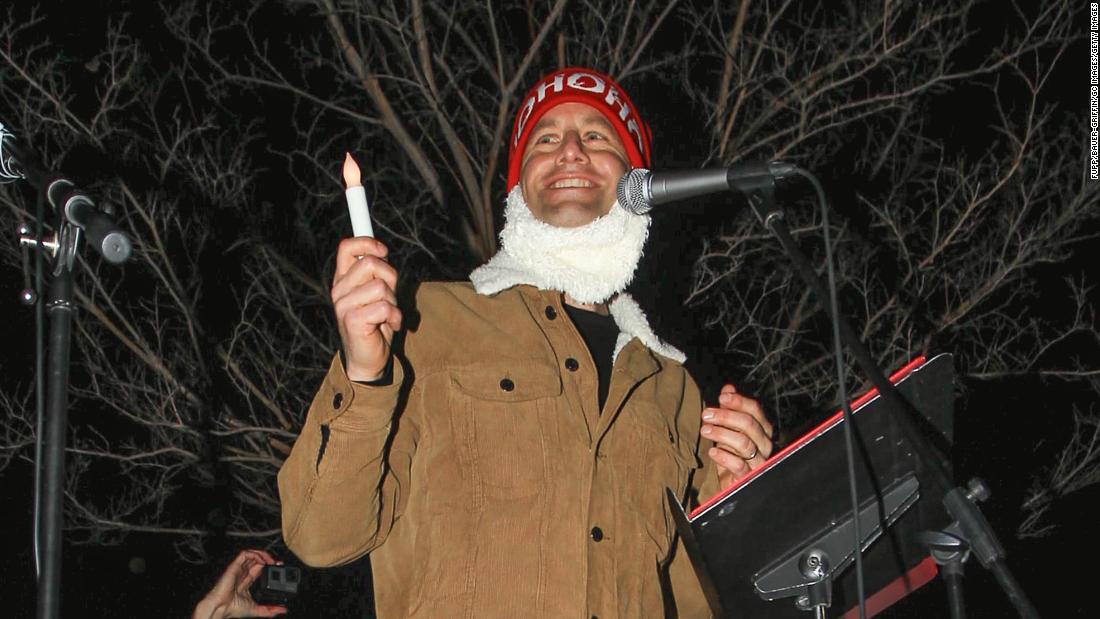 “I’m getting ready to leave in 38 minutes, it’s T-38 minutes for our peaceful Christmas protest,” said Cameron in an Instagram post before an event held in the parking lot of The Oaks mall in Thousand Oaks, California. “We will celebrate our God-given liberties, our constitutionally protected rights at this Christmas time to sing Christmas carols to gather, gather and sing about the birth of our savior.”

Oaks Mall posted a statement on Twitter on Tuesday: “We do not tolerate this irresponsible – albeit constitutionally protected – planned peaceful protest event. We share your concern and notify the sheriff’s office. We also contacted the event planner to ask that they don’t use The Oaks as their meeting place. “

The mall is located in Ventura County, part of Southern California, a group of counties under a state mandated home order due to low ICU capacity. Meetings are prohibited, except for worship and political expression. The state reports more than 1.9 million cases and continues to rise, reporting tens of thousands of new cases daily.

Cameron, best known for his role as Mike Seaver on ABC’s sitcom “Growing Pains”, connected his efforts to Sing it Louder USA.

“Do you feel like you ended up with all the orders saying how many people you can have in your house or how you should eat or that you can’t sing?” said Houston pastor Steve Riggle on the group’s website, which encourages people to gather and sing in protest against “government tyrants who are trying to control our lives”.

Last week, actress Tracey Gold, co-star of Cameron’s “Growing Pains” and on-screen sister, expressed her concern by referring to the show’s characters in a tweet.

“Checking in with my dear brother Mike. @ KirkCameron As your smartest sister, I want you to know that I disapprove. I’m worried about you brother AND your family. Wear a mask. Stay home. Sing later.”