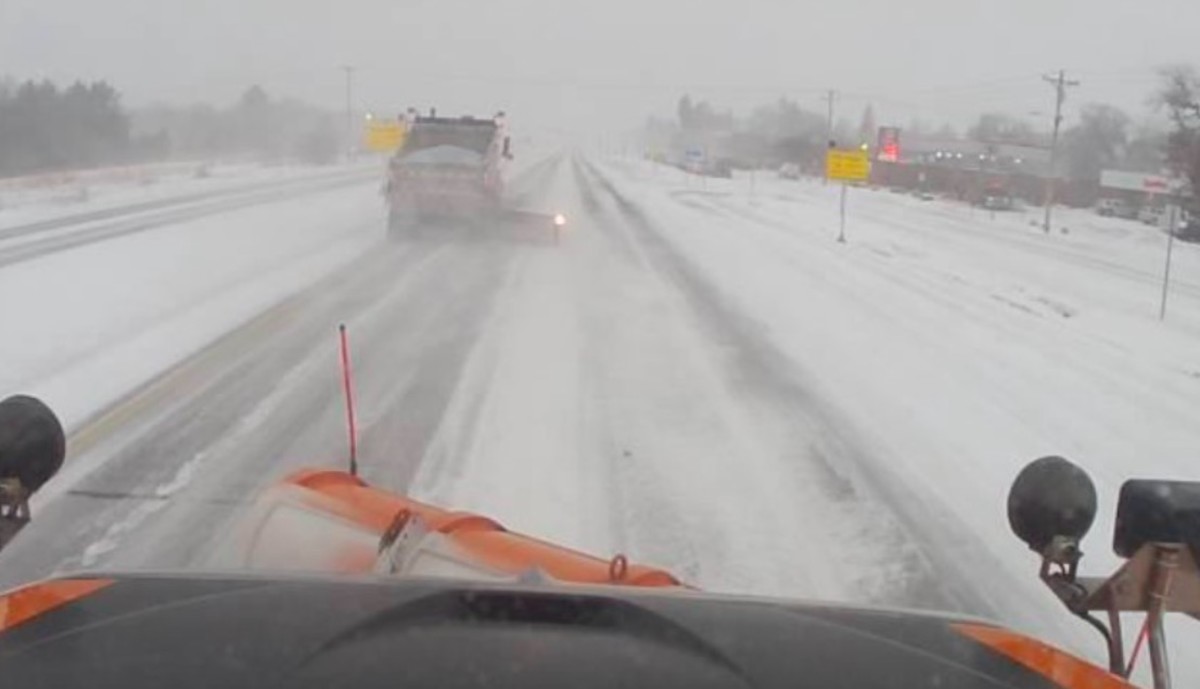 Interstate 90 was closed between the border between South Dakota and Blue Earth – a 120-mile stretch – while many other highways were closed due to limited visibility caused by Wednesday’s blizzard.

Numerous accidents have been reported on the interstate, leading to its closure. Other interstates in Minnesota remain open, although I-94 is closed between Monticello and Albertville due to a series of accidents and pile-ups.

I-90 will remain closed until conditions improve.

A “do not travel” notice has been issued for the following counties:

A previous Hwy shutdown. 210 between Breckenridge and Fergus Falls has been suspended and some of the not to travel notices in Midwest Minnesota have been suspended.

One remains in place, however, in Big Stone, Grant, Stevens, Swift and Traverse counties, as well as in the southern half of Wilkin county.

A state highway has been closed in western Minnesota and “do not travel” warnings are being put in place as Wednesday’s blizzard makes road conditions impossible.

MnDOT and the State Patrol closed Hwy. 210 from Breckenridge to Fergus Falls due to “zero visibility” and will remain so until conditions improve.

MnDOT pointed out that driving on a road after it is closed can result in a fine of up to $ 1,000 and 90 days in prison. They can also be hit by costs if they need to be redeemed.

There is no non-travel notice in effect for state and federal highways in Big Stone, Clay, Stevens, Traverse and Wilkin counties, and parts of Grant, Otter Tail and Swift counties.

“Blown snow is causing white conditions,” says MnDOT. “Visibility is poor, in some areas down to zero. Snowplows will continue to operate, but drivers are advised not to travel in this area until conditions improve.

Snow covers all or part of the roads in Minnesota, except the southeastern corner of the state.

A quick scan of Minnesota’s page 511 already shows a series of monkey knife spinouts, hits or semi-trailers being reported.

Conditions are expected to be increasingly treacherous in the twin cities on Wednesday afternoon, with temperatures dropping rapidly, causing instant freezing on the surfaces.

Snow events were declared preventively in several metropolitan cities before the storm, with the possibility of 30 centimeters of snow in some areas.