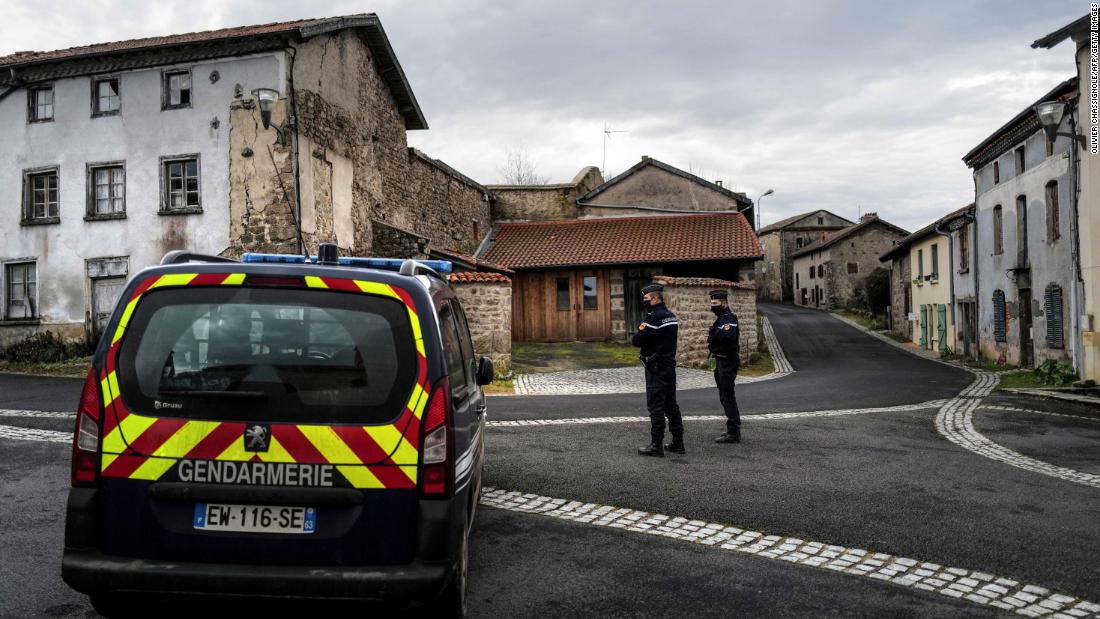 Three gendarmes were shot dead and a fourth injured after responding to an incident of domestic violence in Puy-de-Dôme, west of Lyon, early on Wednesday.

The alleged sniper left the scene, triggering a manhunt. On Wednesday morning, Interior Minister Gérald Darmanin tweeted that “the madman was found dead”.

On Wednesday, the minister released a statement expressing “deep sadness” in a statement following the deaths of Lieutenant Cyrille Morel, Petty Officer Rémi Dupuis and Brigadier Arno Mavel of the Puy-de-Dôme Departmental Gendarmerie, killed during an intervention. for domestic violence.

CNN affiliate BFM TV reported that police officers were shot dead by a 48-year-old man while trying to rescue a woman who had taken refuge on the roof of a house. The house was set on fire, but the woman was rescued, BFM reported.

Further details on the suspect’s death have not yet been released.

“Called to intervene to help a woman beaten by her husband, the gendarmes (officers), in circumstances not yet clarified, were shot by the man and responded to the fire,” said the interior minister.

The statement said Mavel, 21, was seriously injured and succumbed to his injuries. The two other policemen conducting a reconnaissance in the direction of the house were, in turn, caught by gunfire. Morel, 45, and Dupuis, 37, were mortally wounded. A fourth police officer injured in the thigh is being treated by the emergency room; your life is not in danger.

On Twitter, French Prime Minister Jean Castex wrote that “this tragedy affects us all and afflicts the entire country.”