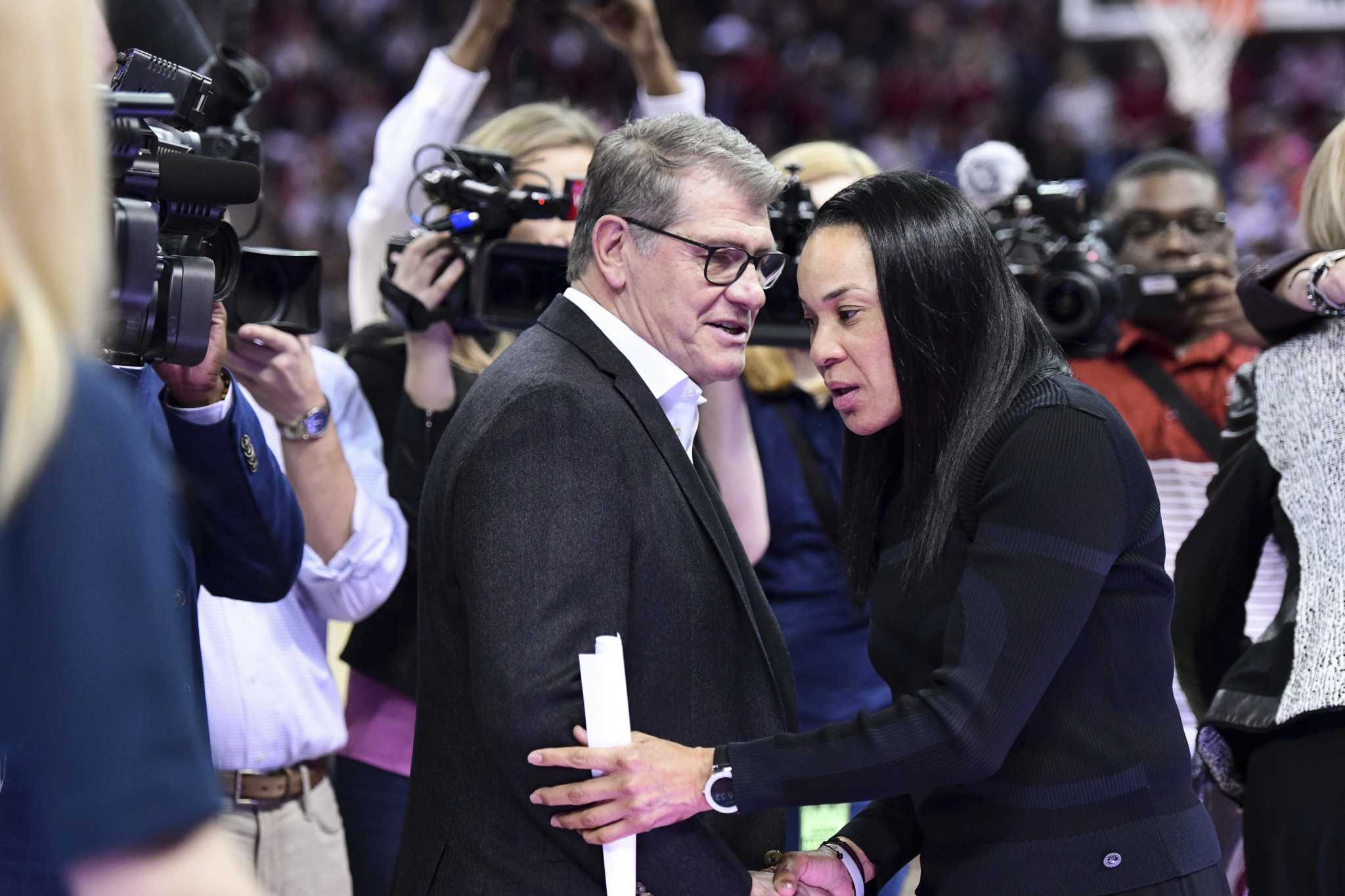 Another date was finalized in the UConn women’s basketball schedule.

The Huskies will host South Carolina at the Gampel Pavilion on Monday, February 8. The game against Dawn Staley’s team blocks UConn in six non-conference games: Quinnipiac on November 28, Mississippi or Maine on November 29, Louisville on December 4, Baylor on January 7 and Tennessee on 21 January.

UConn has room for yet another non-conference game, but an addition seems unlikely.

All home games will be played at the Gampel Pavilion this season. Reporting times and TV information will be released in the future, as will the other Big East games.

UConn announced Monday that no fans will be allowed in home games early in the season. Participation in Gampel will be limited to family members of student-athletes and coaches.

With UConn’s return to the Grand Orient this year, Geno Auriemma’s team was unanimously chosen by the conference to win the league. The Huskies won 139-0 in the championship over seven seasons at the American Athletic Conference.