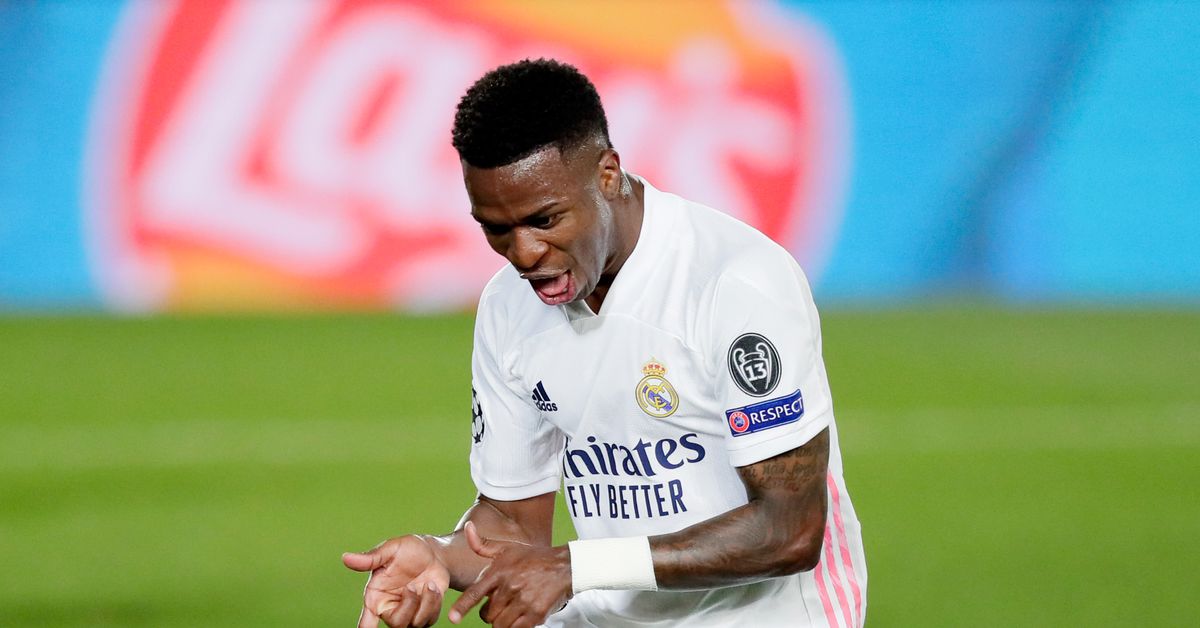 In the first leg of the quarter-final against Liverpool, Real Madrid won an impressive 3-1 victory, dominating the game and could even have won by a larger margin. The keys to this victory are discussed below, with Euan McTear reporting from Valdebebas in his usual form of three answers and three questions.

1. Without Varane. So, what would Zidane do?

The quarter-final first leg drama began eight hours before kick-off with the news that Raphaël Varane had tested positive for COVID-19. This was such an important blow. So, what would Zidane do? Well, he opted for a 4-3-3. Would he have taken 3-5-2 from recent games if Varane was available? That can be brought up at the press conference and we can find out, but what we do know is that the 4-3-3 – which was leaning to the left side of Real Madrid because Benzema was on top of Trent Alexander-Arnold so many times – it worked brilliantly.

2. How would Real Madrid deal with the Liverpool press?

“Intensity. They have so much intensity.” That was one of the main descriptions of Liverpool’s arrival in this tie and one of the biggest doubts was how Real Madrid would deal with their press, especially with the lack of Sergio Ramos. But they dealt well with Nacho, Éder Militão and Thibaut Courtois were all calm under pressure, but they also knew when to kick to the Z line (well, Di Stéfano doesn’t really have a Z line, but you know …). Long drawn balls also made part of Real Madrid’s strategy, often in the direction of Vinícius, who very well did to take them down or make the right run from the sky for those parcels. And it also helps when you have Toni Kroos throwing many of these long balls. Vinícius’ goal was his 85th long ball completed in the Champions League this season, a crazy statistic when no other player is over 56.

We are all familiar with Real Madrid’s statistics in the Champions League without Ramos. In the last 11 European games without him, there have been eight defeats and three wins. So, how much would Ramos miss in this first leg and in this tie? Well, with Nacho and Militão each having solid defensive performances, they didn’t miss Ramos much on the pitch, if they did. As for Ramos’ leadership, well, they still made it, even though he wasn’t there. Ramos was sitting in the stands and shouting and shouting advice and encouragement throughout the game. “Everyone standing up!” “Back to the ‘goalkeeper!” “Heads up!” There was some advice for the referee too … I could hear clearly from where I was sitting and was nowhere near him. So you can bet that the Real Madrid players heard it too. Ramos was very present on this great night for Real Madrid, at least as a leader.

1. Will this be good for Vinícius’ confidence?

That was Vinícius’ night. Partly because he was an important part of Zidane’s game plan and partly because he had one of the best performances of his young career. Not only are the goals, since their overall game and dribbling were also good, but the two goals stand out clearly. Now you are wondering where Vinícius can go from here. All the big names of the last decades had a debut game in the Champions League and this could end up being Vinícius’. It also comes as a result of a good performance in the second leg of Atalanta.

Marco Asensio also did well, scoring the second goal. His form has really improved in the past few weeks, but he could and probably should have scored another goal. There was a chance at the end of the first half after an error by Ozan Kabak, one against one in the 64th minute before 3-1 and then one more chance in the 67th minute that could have made it 4-1, when he couldn’t turn around and shoot in the box. Asensio was sidelined shortly after and may be satisfied with his contribution, but Ousmane Dembélé has a story to tell about missing good chances in the first leg against Liverpool…

3. Will Zidane have the same lineup in the second leg?

Ferland Mendy and Fede Valverde were the only players at risk of suspension and neither was admonished, so Zidane will have largely the same players available for the second leg. Maybe there is another injury or maybe Dani Carvajal or Eden Hazard can return, but it must be basically the same set of options. So, will he get the same starting XI? Remember, there is obviously El Clásico between now and next Wednesday’s second leg. But, it wouldn’t be a big surprise to see Zidane go to the same configuration. Liverpool certainly won’t. For several reasons, but one was how much they improved when Thiago entered. We’ll see, but for now this is a great first leg result for Real Madrid to taste.