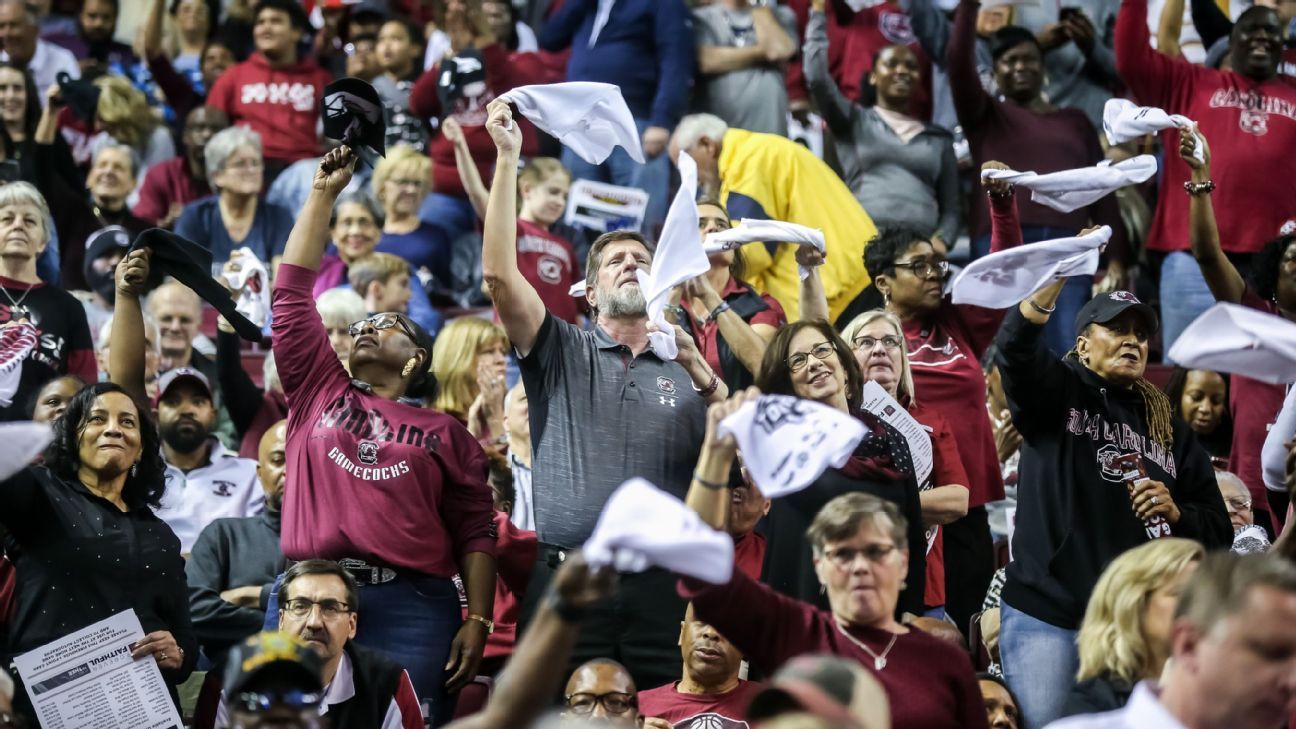 South Carolina, the national leader in each of the last six seasons in women’s basketball, will be allowed to have some 3,500 fans at home to start this season.

The school announced its modified service plan on Tuesday, with men’s and women’s basketball limited to about 20% of Colonial Life Arena’s capacity.

South Carolina women’s basketball averaged 12,218 fans in 12 home games last season, easily holding the audience title it took from SEC rival Tennessee during the 2014-15 season and has remained since. under coach Dawn Staley.

“We thank everyone who worked so hard that we could have our fams (fans / family) joining us at Colonial Life Arena this season,” said Staley. “It will look nothing like our past six seasons leading the nation in service, but we know that the 3,500 people who enter the building will do everything they can to make it look the same for us. And we hope we do. I will still be among the country’s audience leaders at the end of the season, as everyone across the country will have to adjust their numbers to allow fans to celebrate the season safely with us.

Connecticut, South Carolina and Tennessee are the only schools in this century to lead the country in average attendance in women’s basketball.

South Carolina said tickets, which will only be available through mobile apps, will be sold in groups of two, four and six seats. Each group will be separated by approximately six feet. Masks will be required for all fans and employees in the arena, and there will be new signs and directions for pedestrian traffic, including concessions and restrooms.

Fans will not be able to sit in the first five rows behind the court.

South Carolina has not yet announced its schedule for next season.

South Carolina’s announcement came a day after UConn said it would limit participation in the Gampel Pavilion to families of players and coaches to begin the season, according to guidelines from state public health officials. UConn normally shares games between the Gampel Pavilion on campus and the XL Center in Hartford, but will play all games at home in Gampel this season.

Ranked second for a season, Oregon will start the season without fans inside the Matthew Knight Arena. Pac-12 announced in September that its schools would not be allowed to have fans at home games until the end of the year.

Traditionally among service leaders and expected to have one of its best teams in years, the state of Iowa has yet to announce service plans for the Hilton Coliseum. The Cyclones were third in the audience for a season, with 9,690 fans per game.

Louisville was fifth in presence last season, while Baylor was seventh. On the court, both teams are expected to be in the top 10 at the start of the season.