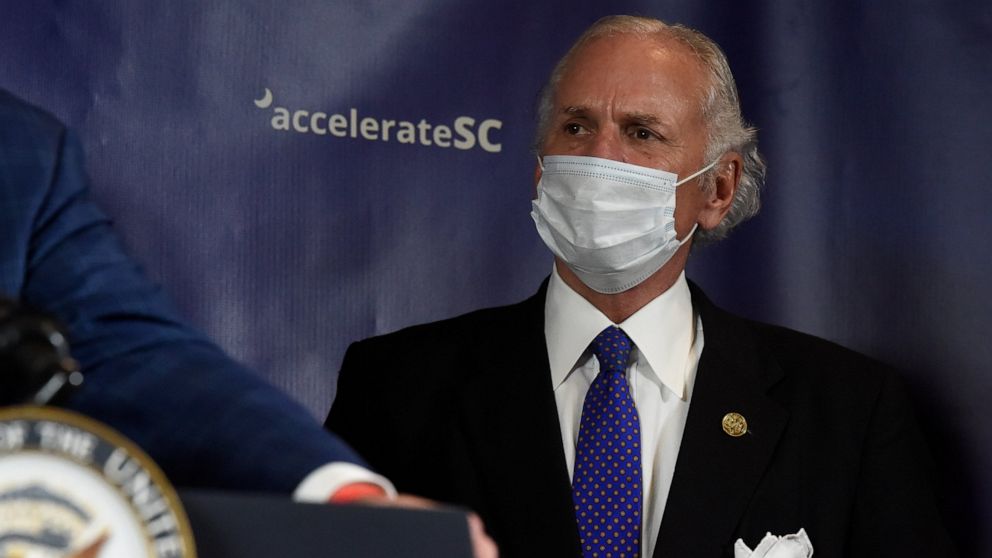 South Carolina Governor Henry McMaster tested positive for the coronavirus and is scheduled to receive outpatient treatment with antibodies for “mild symptoms”.

COLUMBIA, SC – South Carolina Governor Henry McMaster tested positive for the coronavirus and was scheduled to receive outpatient treatment with antibodies for “mild symptoms”, his office said on Tuesday.

Following the advice of his personal physician, the governor was scheduled to receive treatment with monoclonal antibodies on Tuesday, which his office called “a preventive measure for those with mild to moderate symptoms”. Saying that McMaster was “in a good mood” and continued to perform his official duties, his office said the governor was “showing mild symptoms with cough and mild fatigue”.

The governor took the test last week at the same time as his wife, but had a negative result at the time, his office said.

Both McMasters attended a Christmas event at the White House early last week and took a “routine precaution test” on Thursday. Citing state public health officials, McMaster’s office said on Tuesday that “there is no way to accurately determine when or how Governor McMaster or the First Lady contracted the virus.”

Since then, Peggy McMaster has planned to isolate for 10 days, while the governor’s office said he would be quarantined for a week while testing regularly and continuing his official duties. Given his positive test, officials said on Tuesday that the governor would isolate for the next 10 days “and monitor additional symptoms”.

The governor’s illness comes on the same day that the South Carolina health council selected a retired military doctor to head the state’s health and environment department. After months without a permanent director in charge of the agency that oversees the response to the South Carolina coronavirus, the board of the Department of Health and Environmental Control unanimously voted on Tuesday for Dr. Edward Simmer, who previously oversaw medical care. and civil dentistry for the Defense Health Agency in Virginia and served three decades in the Navy. The certified psychiatrist also has a master’s degree in public health.

On Tuesday, South Carolina public health officials announced that there were 2,055 new positive tests for the coronavirus, as well as 15 new deaths. Throughout the pandemic, there were 257,340 positive tests in the state and 4,602 confirmed deaths.

Several South Carolina officials, including Lt. Governor Pam Evette and US representatives Joe Cunningham and Tom Rice, had previously hired and recovered from COVID-19, as well as Nancy Mace, the Republican who ousted Cunningham in the November elections. .

Last week, US Representative Joe Wilson also announced that he had tested positive for the coronavirus, the same day he made a speech at the House of Representatives.

Meg Kinnard can be contacted at http://twitter.com/MegKinnardAP.