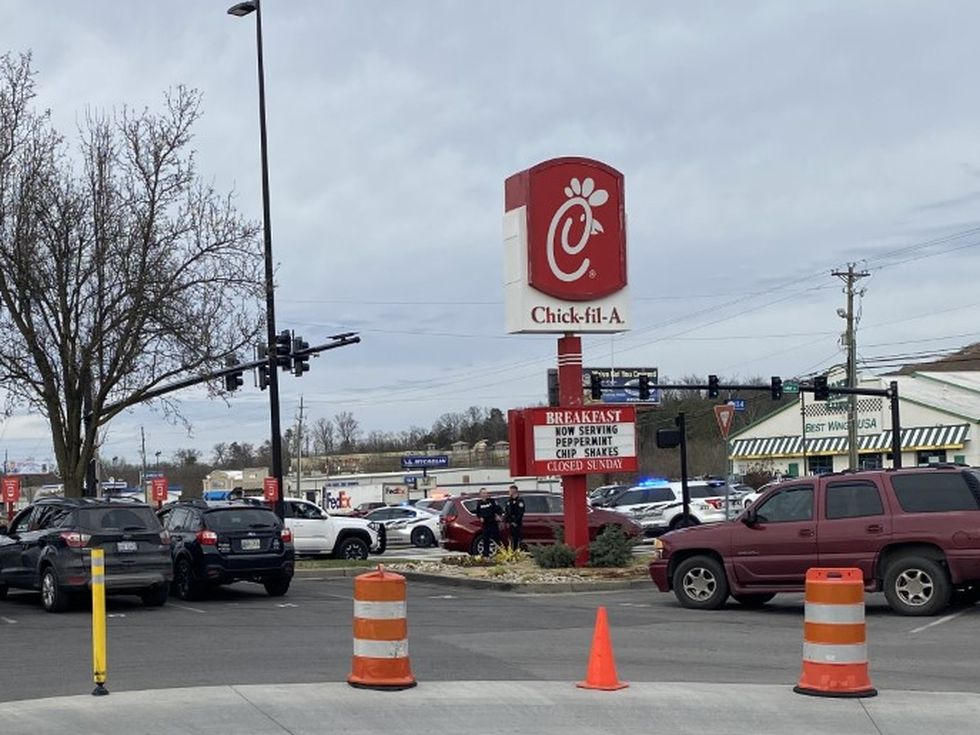 Dozens of people were taken out of Walmart shortly after 3:30 pm on Wednesday, according to a manager at a nearby Chick-Fil-A store.

Cody Cummings told WVLT news anchor Amanda Hara that between 20 and 30 Walmart customers were housed inside the Chick-Fil-A store he runs. The restaurant is next to the Walmart. Cummings said a civilian safe inside his store reported a fight between two men that resulted in one of them drawing a gun. People nearby were alarmed, which caused panic.

Cummings said one of his employees was inside Walmart when customers were alerted over the loudspeaker that a man with a gun was moving around the store.

Cummings reported that a SWAT team was assembled in the area, apparently looking for the possible sniper.

WVLT tried to contact the Walmart store, but no one answered the phone lines. A WVLT News team was going to the scene.

#SMASH Possible sniper at Walmart in Sevierville, according to neighboring manager Chick-Fil-A. He told me that his restaurant is hosting 20 to 30 people who fled after Walmart announced that an armed man was possibly moving around the store. @wvlt https://t.co/VU9b4vDXv3

The Tanger Outlets in Sevierville was also closed on Wednesday afternoon, but officials said they believed there was a threat on the shopping center campus.

The authorities were unable to immediately disclose any information about whether anyone was injured.