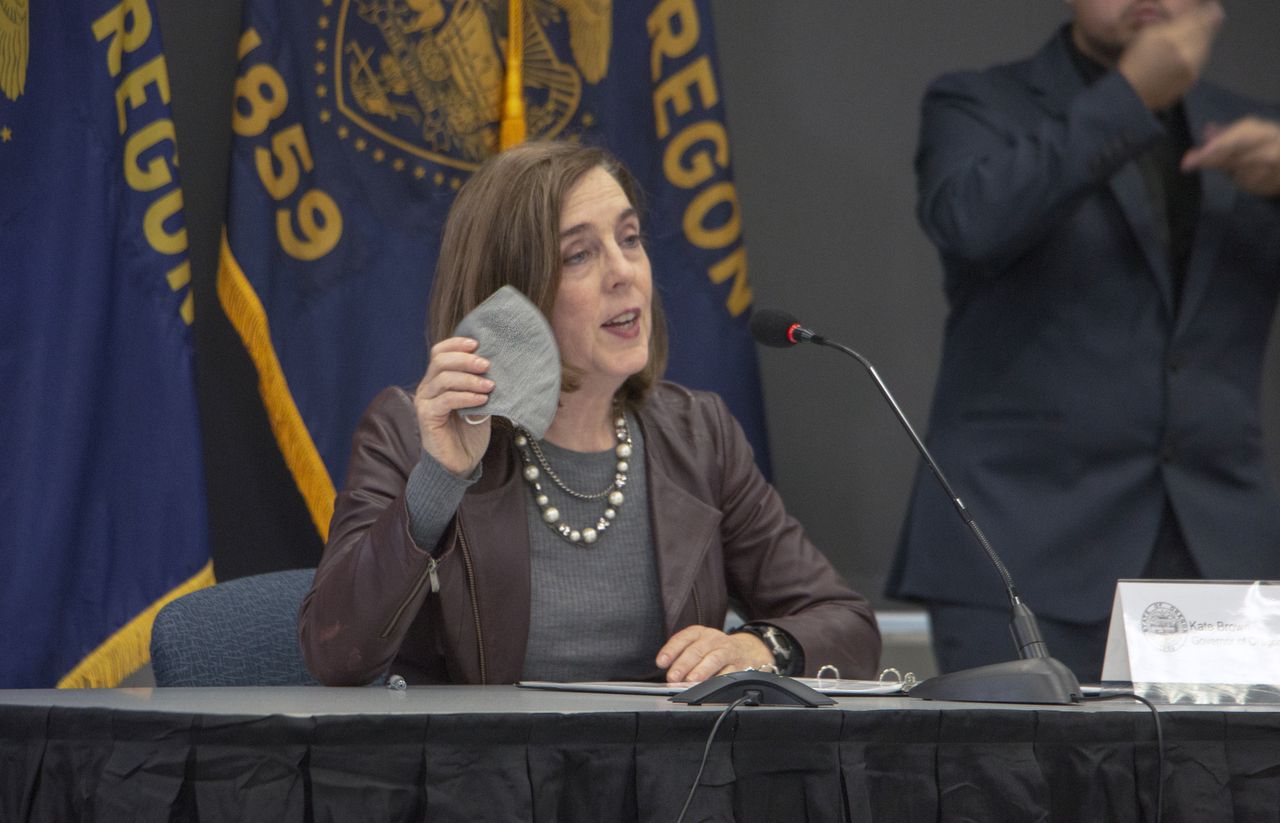 Governor Kate Brown announced on Wednesday that Oregon schools will be allowed to open their doors to students from January 1, as the state will no longer determine closure based on the severity of the coronavirus pandemic in a district. school.

Realistically, schools are unlikely to open so quickly. It will probably take weeks for district authorities to decide whether their schools should reopen and, if so, how to prepare.

The governor’s office warned school districts to be wise.

“Let me be clear: like any government agency or responsible employer, schools or school districts need to keep in mind the obligations and risks that a major pandemic imposes on them,” said spokesman Charles Boyle.

The governor said her hope is that “more” schools in Oregon will resume local education by February 15, mainly primary schools.

Although unrelated to state metrics, school districts will have to continue to follow Oregon’s safety guidelines, Boyle said.

Still, Brown’s announcement signaled even more strongly the state’s focus on bringing children back to schools, closely following Tuesday’s request that health officials prioritize teachers and education-related professionals for the next one. round of vaccines.

“As we enter a new year, we must all face the challenges that COVID-19 presents and prioritize our children is the most urgent,” said Brown.

The policy shift is nothing short of seismic, nine months after Brown first barred Oregon’s 580,000 K-12 students from attending classes in person. The state first set metrics in July to determine which schools could reopen, tying districts to coronavirus cases and positive test rates in their counties.

Now Oregon’s 197 school districts and more than 1,200 schools will have to make the call themselves. Although the state case and fee metrics were a relatively simple approach, local officials will have to juggle a much more complicated formula – and a wider range of opinions – when deciding whether to reopen their schools.

“It is extremely important for school districts to engage in a rigorous local process around local reopening decisions to ensure they are making the right decisions for their community,” said Boyle.

Teachers are generally aware of reopening schools very quickly. Only 14% of Portland Public Schools educators said they felt comfortable teaching in person, according to a survey by the teachers’ union. And in a particularly striking expression of discontent, the Douglas High School team resigned en masse in October, when district authorities reopened the school, despite educators’ concerns about the coronavirus.

Oregon is one of 12 states with total or partial closure of schools, according to research compiled by Education Week. Oregon now joins most of the rest of the country, which tends to allow local authorities to decide when to open schools. Only four states ordered the reopening of schools.

Brown said he wants almost everyone to be involved in these decisions, from school boards and superintendents to teachers, parents and students. She asked the Oregon Health Authority and the Oregon Department of Education to help ensure that these decisions were in line with sound science.

The Oregon School Councils Association sounded a hopeful but practical note in response.

“Our school boards welcome the opportunity to safely reopen schools for our students, staff and communities,” said Executive Director Jim Green. “This next step will require close coordination with the local health authorities. Above all, we want to minimize risks as we return to face-to-face classes. “

Some Oregon parents call for schools to reopen, citing the damage distance learning can do to their children’s mental health, academic performance and motivation.

The spreading effects of distance learning were felt across the state. Some parents need to juggle to work at home while trying to keep their children in chairs and in front of the computer. Others have essential jobs that do not allow remote work. Still others have schools to give their children at least one healthy meal a day.

This story will be updated.

– The team editor, Eder Campuzano, contributed to this report.