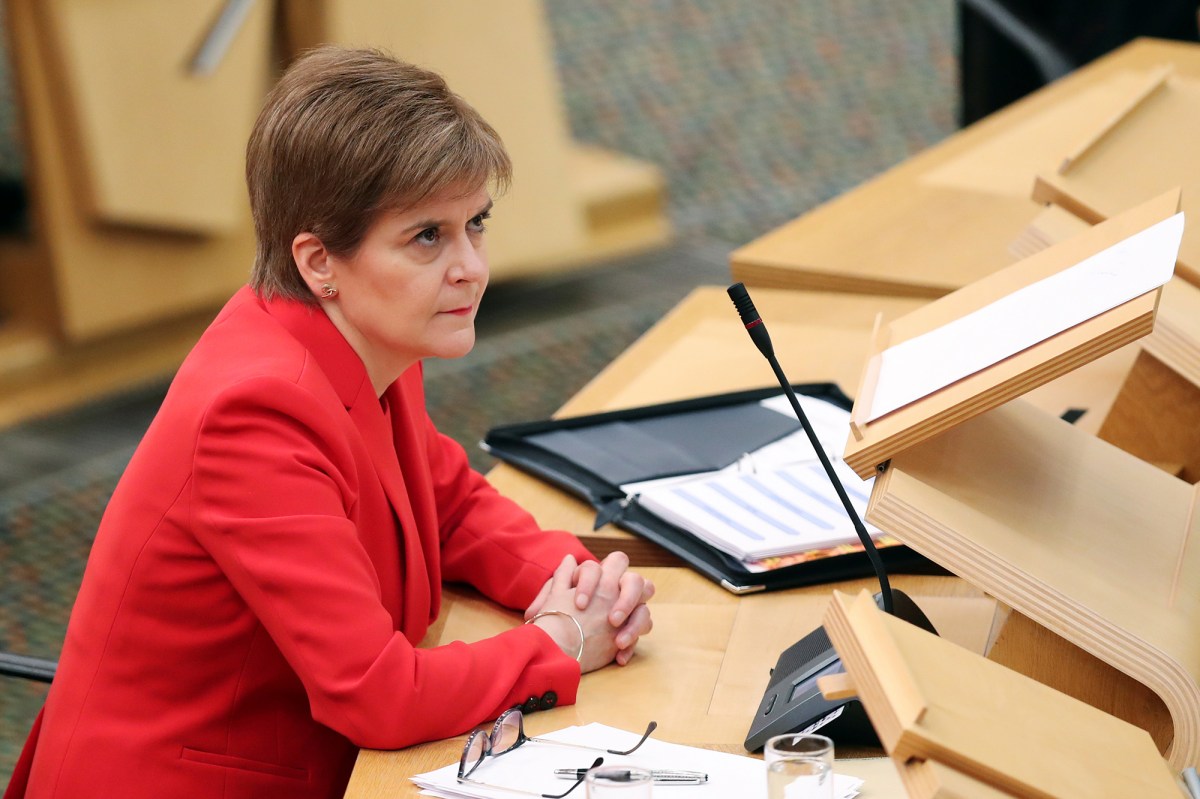 The Scottish leader admitted on Wednesday that he broke his own strict COVID-19 rules after she was photographed in a bar without a mask.

“This was a stupid mistake and I’m really sorry,” said Prime Minister Nicola Sturgeon after the Scottish edition of Sun posted a front page photo of her talking to a group of women last Friday without covering her face.

“I speak every day about the importance of masks, so I will not make excuses,” said the Scottish government leader.

“I was wrong, I’m kicking myself and I’m sorry,” she said.

Sturgeon, leader of the Scottish National Party, admitted the error only after the Sun showed her talking to a group of women in a pub after a funeral in Edinburgh last week.

It was printed the day after Sturgeon made his last speech to the Scottish parliament on the importance of wearing masks. Under a law passed by his party, customers in pubs and restaurants must cover their faces unless they are seated at a table.

His political rivals, Scottish conservatives, tweeted the cover of the Sun, saying that the sturgeon “should know better”.

“There cannot be a rule for Nicola Sturgeon and another for everyone else,” said the party.