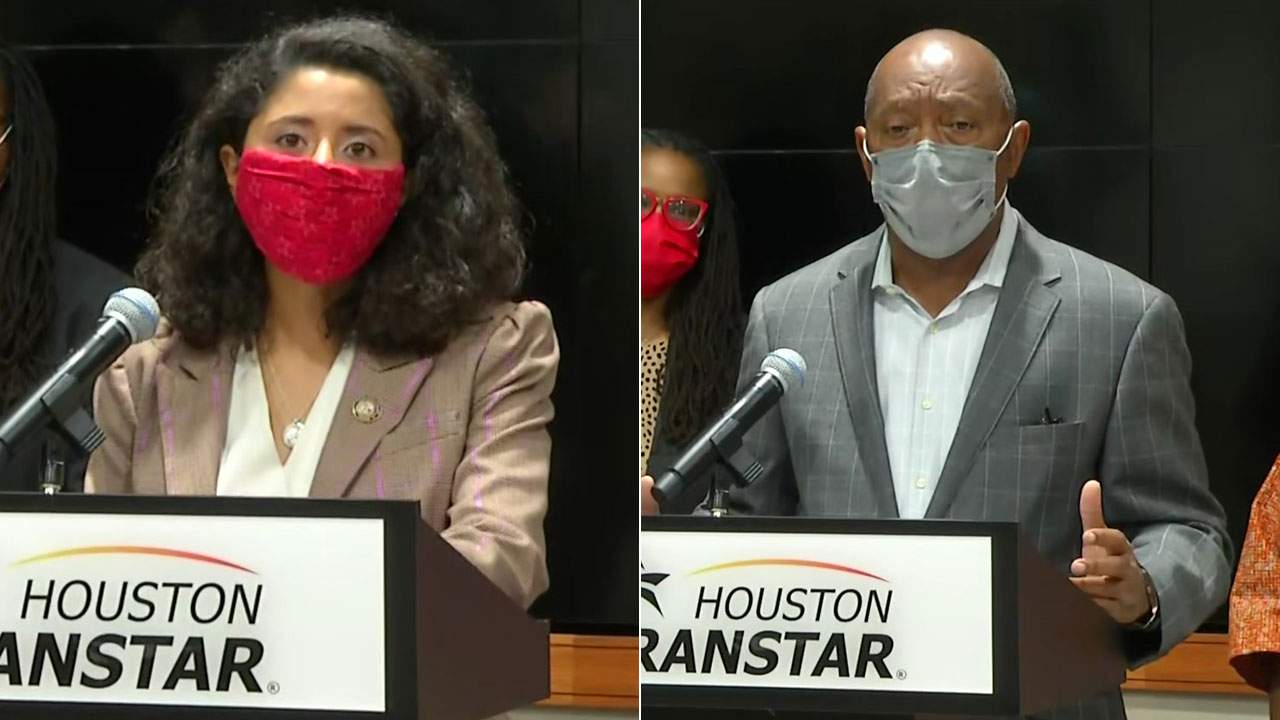 Hidalgo said the county faced a number of challenges in the past year during the coronavirus pandemic. She said that ICU numbers have continued to rise and that Texas Medical Center is routinely crossing its base compactness.

“The current situation in which our Medical Center, the largest in the world, is routinely exceeding its basic capacity, means that procedures are postponed, that health professionals are at risk of exhaustion, that we cannot sustain an outbreak of infections, beyond where we are now, and that we are living on the edge, ”said Hidalgo.

The judge asked residents to stay at home and suspend plans as Christmas and the end of the year approach.

“Mayor Turner and I wanted to join forces today to convey the seriousness of how important it is for everyone to cancel meetings. This year, show your love for others by not visiting, wait until it is safe until we have completely turned the corner and that will be when enough people are vaccinated, ”she said.

Hidalgo said she and Turner discussed the possibility of implementing a curfew, but said it would be a last resort.

“The mayor and I discussed the possibility of imposing a curfew,” she said. “To be clear, we are choosing not to do this now because it is a tool of last resort to be used when disaster seems inevitable. Now, we can change things. That said, we are not ruling out a curfew in the future. “

Turner emphasized the importance of Hidalgo’s message, saying that the city’s positivity rate has risen to 12.3%.

“Let me just say that I agree with Judge Hidalgo 100%,” said Turner. “We both talked about where we are now in Houston and Harris County. We have both been analyzing these numbers intensively for the past six weeks. The rate of positivity is increasing. “

On Wednesday, the Houston Department of Health reported 634 new cases of COVID-19 and no new deaths.

Turner also asked people to take the test, but said the test sites would be closed on Christmas Eve and Christmas Day, but would reopen on Saturday.

Turner also spoke about a recent incident in which a man is accused of assaulting a local bartender when asked to wear a mask. The mayor has been promoting the use of masks since the summer and said the incident is worrying and will not be tolerated in the city of Houston.

He said he spoke with Houston Police Chief Art Acevedo about the incident. He said police officers are aggressively looking for the suspect and hope to prosecute him.

“We want to find that guy,” said Turner. “We want to find him, arrest him and prosecute him. Frankly, I see it almost as an attempt at murder, but that kind of nonsense will not, will not be accepted. Such illegality is not going to happen. “

The mayor said that anyone who does not want to comply with the order of the mask when going to a commercial establishment should stay home.

Turner said the city will host an event on Thursday to distribute some 40,000 masks and provide 20,000 ready meals. He said that anyone who wants to participate in the socially distanced event needs to register on the site.

Dr. David Persse, Houston’s medical director, said it is important for residents to avoid meetings during the holiday season, as the spread of the virus could triple in the Houston area.

“It can triple by January, which is why it is extremely important for us to avoid any type of meeting during this holiday season,” said Persse. “I certainly wish we could all be with our families, but unfortunately, as we all know, it just isn’t the time. And I hope you will agree with me, as others have said today. It is simply extremely important for our health, as well as the health of the people we love, to make it a priority to limit these meetings. “