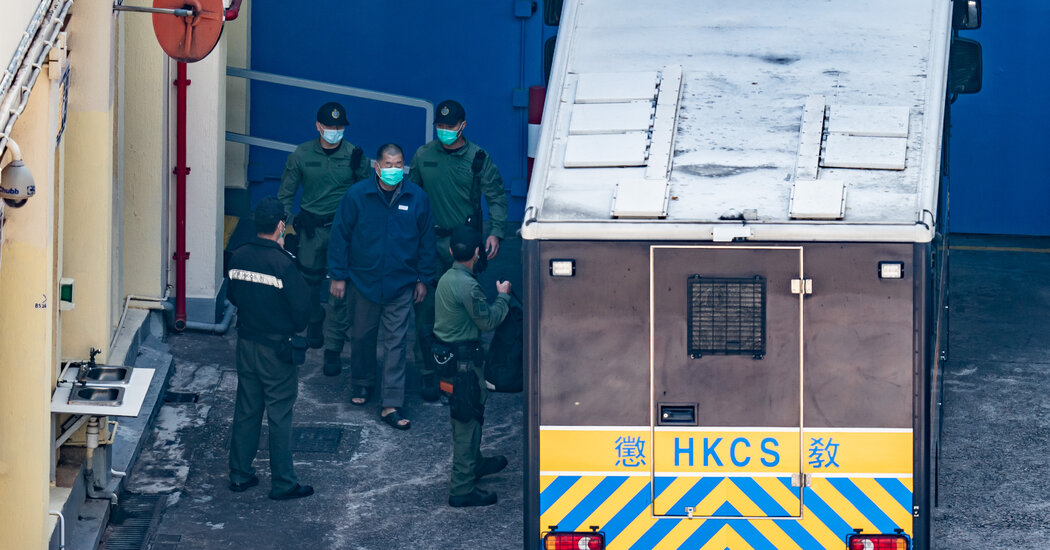 HONG KONG – A Hong Kong judge granted bail to pro-democracy media mogul Jimmy Lai on Wednesday, but imposed extensive restrictions that prevented him from using social media, giving interviews or leaving home, fueling concerns about the deterioration of the freedom of expression under national security law.

Lai, 73, one of Hong Kong’s most prominent anti-government voices, was charged this month under the new expansive law, which the central Chinese government imposed in June to quell months of protests. The police accused him of colluding with foreign forces, including lobbying foreign governments to impose sanctions on Hong Kong, a semi-autonomous Chinese territory. Lai’s supporters called the charge a blatant attempt to silence him.

Lai’s release was an unexpected relief for the pro-democracy movement, which faltered under the weight of Beijing’s security law and Beijing’s continued movements to erode its support base. Lai has already been denied bail twice: earlier this month on an unrelated fraud charge, and again a week later, because of national security. But his lawyers appealed and the appeals judge, Alex Lee, agreed to release him.

The Hong Kong government immediately appealed to appeal the decision, but was denied.

Even though many in the protest movement celebrated Lai’s release, they also denounced his terms. The magnate’s bail was set at 10 million Hong Kong dollars, about $ 1.3 million, and he was ordered to remain under house arrest, except when he presented himself to the police three times a week.

In addition, the judge ordered Mr. Lai not to use social media, to meet with foreign officials or to publish any articles, in print or online. Mr. Lai was previously active on Twitter, denouncing the Chinese Communist Party, and the newspaper he founded, the Apple Daily, is one of the last openly pro-democracy publications remaining in Hong Kong. Mr. Lai also traveled to the United States to meet with prominent American officials, but these visits took place before the imposition of the security law, which, as written, should not be retroactive.

Lawyers classified the scope of the bail terms as unusually broad, noting that they were generally intended only to prevent an accused from committing further potential violations while being released.

“The only statements that the court should be concerned about are those that could constitute a crime,” such as new requests for sanctions, said Philip Dykes, president of the Hong Kong Bar Association.

But the comprehensive nature of the restrictions may have been born, in part, from the broad nature of the security law itself, said Senia Ng, a lawyer and a member of the pro-democracy Democratic Party. The law does not clearly define many of the crimes it establishes, instead it uses general terms like terrorism, subversion or collusion.

“The problem here is that the offense of the national security law is worded very broadly, so that any kind of activity can come within it – and particularly in speech,” wrote Ng by email. “This basically enables the court to impose very broad and comprehensive bail conditions.”

Lai’s lawyers have proposed some of the restrictions, including a ban on the use of social media. But Ms. Ng said that ultimately, judges were responsible for ensuring that the terms imposed were proportionate to the circumstances.

“Quite clearly, bail conditions represent severe and direct attacks on Lai’s right to freedom of expression,” she said.

Mr. Lai is due to return to court in April.