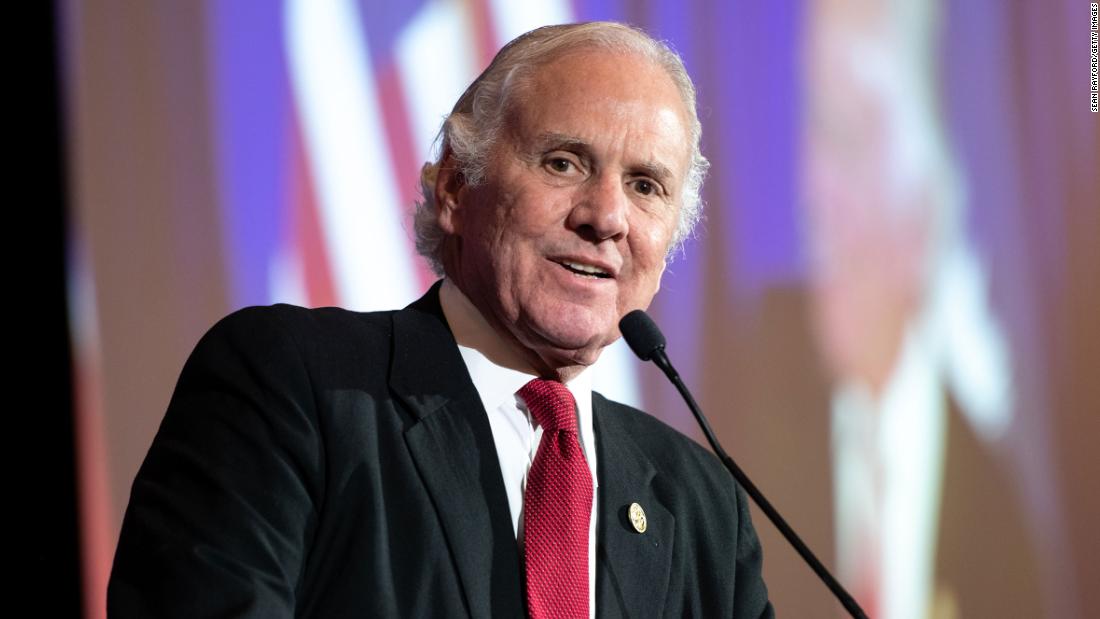 The Republican governor, 73, is “experiencing mild symptoms with a cough and mild tiredness,” his office said in a statement on Tuesday.

The governor has been quarantined since his wife, Peggy, tested positive for the virus on Friday. The first lady remains asymptomatic, according to her husband’s office.

He will receive treatment with monoclonal antibody on Tuesday, his office said, and will isolate himself for the next 10 days and continue to work at the governor’s residence.

The McMasters were invited to a Christmas party at the White House held last week in Washington. The governor’s office said the couple had tested negative for Covid-19 before attending the festivities.

In light of Peggy McMaster’s positive test, Brian Symmes, a spokesman for the governor, told The State of Columbia newspaper that the two used “facial coverage when it was necessary and when social distance was not possible” at the party.
In a statement on Tuesday, McMaster asked “everyone to be extremely careful during the Christmas holiday season”. At a press conference before the holiday, he asked residents to “be smart”, encouraged small meetings, spaced each other’s tables or held family gatherings outdoors.
McMaster is the latest US governor to test positive for Covid-19 after Pennsylvania Governor Tom Wolf, a Democrat, tested positive for the virus earlier this month. Nevada Governor Steve Sisolak, Colorado Governor Jared Polis, Virginia Governor Ralph Northam, Missouri Governor Mike Parson and Oklahoma Governor Kevin Stitt also contracted him, and South Carolina Governor Pamela Evette also fell ill with the virus. In September.
The United States is dealing with the increase in cases and hospitalizations and the Centers for Disease Control and Prevention is begging Americans to avoid travel during the holiday season. South Carolina has had 275,733 cases of Covid-19 and 4,962 deaths since the start of the pandemic, according to data from Johns Hopkins University.

This story has been updated with details and additional information.