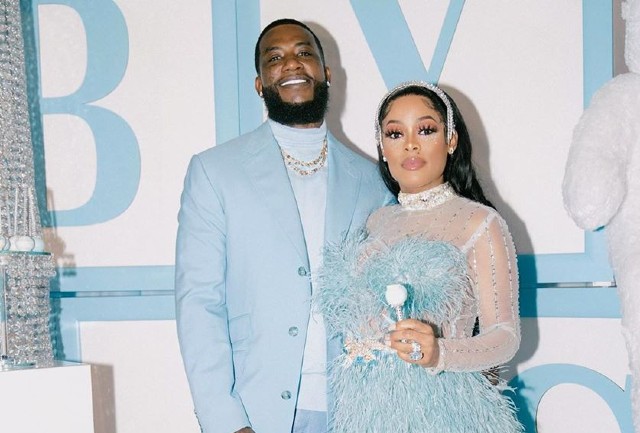 “He is here !!!!!!!!! # ThankYouLord.OMG he is soooo darn BEAUTIFUL AND PERFECT, ”Keyshia shared on Instagram.

Gucci Mane and Keyshia Ka’oir shared the exciting news of their expectation of a child in August. Gucci let out the news in an Instagram post that showed an ultrasound of her unborn child.

The rapper told fans that he was expecting a “boy” before deleting the words and replacing them with “My baby otw (on the way)”. Gucci did not edit his post quickly enough for many who began to congratulate him on his son’s expectation on seeing the initial caption.

Gucci Mane has a 12 year old son, Keitheon Davis, with his ex Sheena Evans, while Keyshia Ka’oir has two daughters and a son from a previous relationship. Gucci Mane and Keyshia got married in 2017 and recently celebrated their third wedding anniversary.

On his birthday, Gucci tweeted: “3 year wedding anniversary @KeyshiaKaoir I have the best wife in the world on 10/17/17. ”Gucci Mane didn’t stop with just a tweet; he presented Keyshia with a bright lemon yellow Lamborghini with racing stickers on the doors that said “1017” to represent his brand, The New 1017. In addition, Lambo’s tires had “MRS. DAVIS 1017 ”engraved on them.