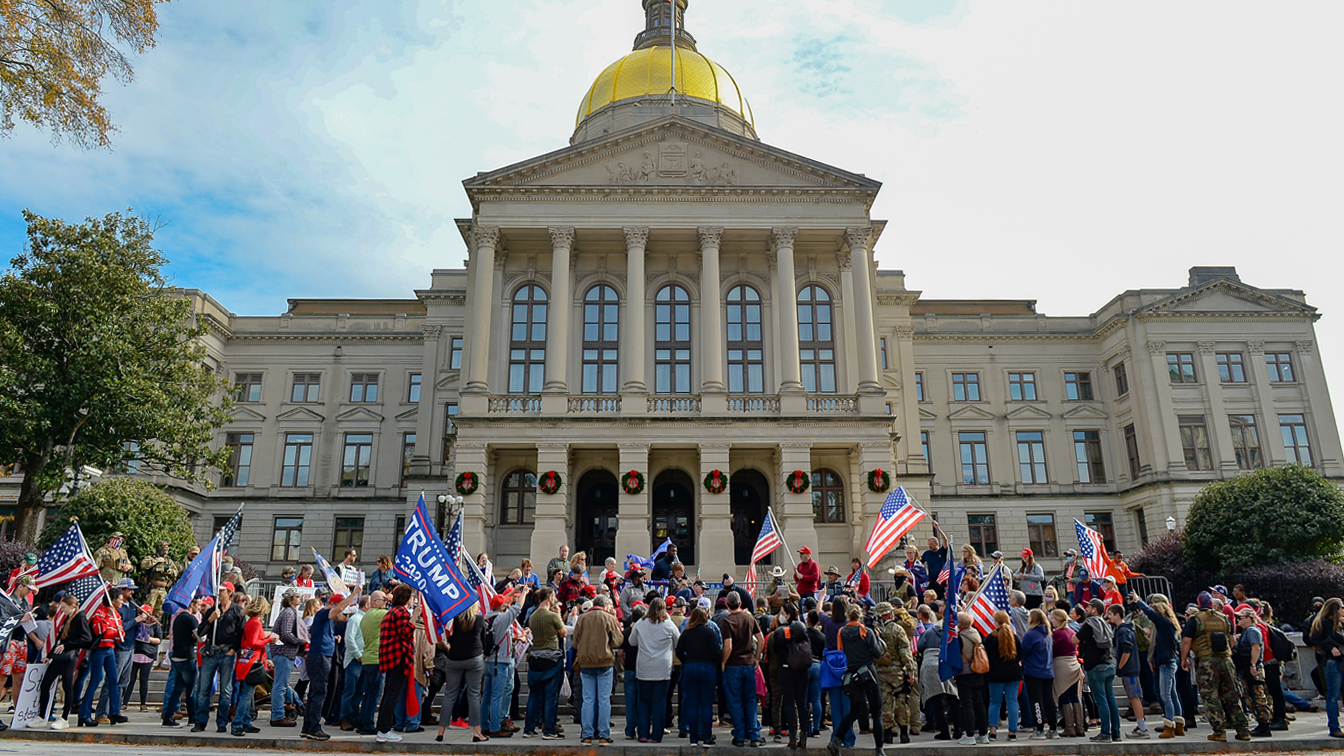 With the second round of the Georgia Senate just two weeks away, the Department of Homeland Security is warning about the possibility of “ideologically motivated violence” and even a campaign of foreign influence as voters prepare to go to the polls, according to a new internal report obtained by Yahoo News.

The December 22 report, marked for official use only, says that Georgia faces a “potentially intensified physical threat environment” that can generate violence or threats of violence similar to those seen across the country during the presidential and state election season 2020. Incidents of violence in or near the state capital in Atlanta, courts and other “symbolic political institutions” can also negatively affect elected officials or [election] Georgia workers, the report said.

“We further believe that violent extremists or other actors could quickly mobilize for violence or generate violent interruptions of legal protests in response to a number of issues,” said the report, including possible disputes over the results of the November 3 presidential election.

The agency based its judgments on a review of national and local media coverage, relevant social media publications, state law enforcement officers detailing “ideologically motivated violence or threats of violence” and its other assessments of electoral violence made in the past six months.

The Department of Homeland Security did not immediately respond to a request for comment.

Nearly 2 million Georgians voted before the expected runoff runs on January 5, state election data show. The election will determine whether Republican Senator David Perdue and Senator Kelly Loeffler will retain their seats or lose them to Democratic opponents Jon Ossoff and Reverend Raphael Warnock. If Ossoff and Warnock lose, the Republican Party will retain its majority in the Senate and its ability to block President-elect Joe Biden’s agenda.

Georgia is among several battlefield states that have been plagued by unsubstantiated allegations of widespread systemic electoral fraud during and after the presidential election of the Trump campaign and its allies. Several unsuccessful lawsuits alleged mass fraud without evidence, including ballot filling and a conspiracy of an electronic ballot box linked to Venezuela.

Some Trump supporters, such as Georgia’s attorney Lin Wood, questioned whether conservatives should vote in the second round due to unfounded concerns about electoral security. But other more prominent Republicans, including President Trump and Vice President Mike Pence, have asked their supporters to return to the polls, assuring them that the January 5 election will be closely monitored.

The notion that the election is illegitimate left Georgians deeply divided. Allegations of electoral fraud led to threats against election officials and Governor Brian Kemp and Secretary of State Brad Raffensperger, Republicans and Trump supporters who rejected the allegations of fraud and followed normal electoral procedures to certify the results of Georgia that they handed over to Biden 16 electoral votes. President Trump has not yet granted the election and still falsely claims that it was stolen from him.

The Homeland Security report cites threats made this month against individuals involved in the Georgia audit and the subsequent recount of the votes cast in the presidential election, for local and national media coverage and law enforcement.

Last month, the report said, groups with opposing ideological views became involved in physical altercations in front of the capital on November 21, during peaceful demonstrations about the results of the presidential election.

Regarding cyber threats, the DHS report said the department has no indication that hackers are targeting Georgia’s electoral networks during the November 3 election or that they are trying to interfere with networks before the January 5 election. But he warned that “foreign threat actors” recognize the national significance of the second rounds, seeing them as an opportunity to use “social media and other state-focused tactics of influence”.

The report states that Georgia’s federal, state and local agencies are “well placed to monitor, report and mitigate potential or associated threats to the elections”.