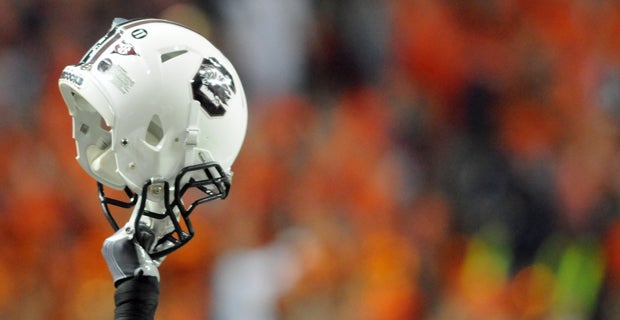 The South Carolina football program is heading for a game of bowling. The Gamecocks (2-8) will face UAB at the Gasparilla Bowl on December 26th. The start of the game at Raymond James Stadium in Tampa, Florida, is set for 12:00 and will be broadcast on ABC. South Carolina and the Blazers (6-3) have faced each other three times in the program’s history and all three have resulted in victories for Gamecocks at the Williams-Brice Stadium.

Brandon Marcello, from 247Sports, was the first to report the news.

Despite a poor record and the dismissal of his former coach during the season, South Carolina is back in bowling after losing its postseason last year. Gamecocks were selected this year as one of the SEC’s members and declared that they would be willing to accept any invitation that was offered.

New head coach Shane Beamer arrived in Columbia and is now full-time with the Gamecocks after helping Oklahoma to another Big 12 championship, but he will not coach the team during the bowl. He will, however, be around while the team conducts preparations for the game.

South Carolina will lose several key players who chose the rest of the season or who made their declaration for the NFL Draft and will skip the bowling game. The team will not have its best linebacker, top wide receiver and top striker, who are all seniors and are ready to prepare for professional football. Three key secondary school members chose to leave after the resignation of Will Muschamp.

Although there are also several injuries to players who will not participate in the game, Gamecocks are expected to have enough players to participate in the bowling game. South Carolina dropped in numbers severely in its final games of the season because of injuries, Covid and opt-outs.

Gamecocks will be led by the interim coach Mike Bobo, who coached the team in the last three games of the regular season. The only assistant coach who is not scheduled to be with the team in bowling is the offensive lineman Eric Wolford, who accepted a similar job in Kentucky.