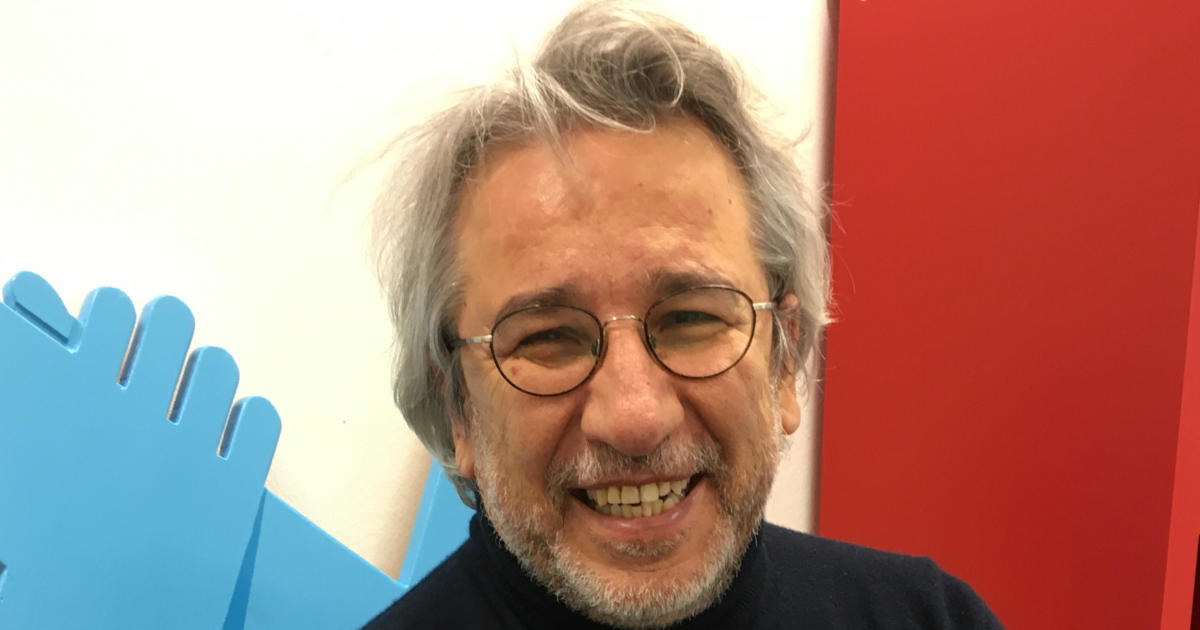 Berlin – Turkish journalist Can Dündar, who lives in exile in Germany, was sentenced to more than 27 years in prison by a Turkish court on Wednesday. The court accused the journalist of obtaining state secrets for espionage purposes. Judge Akın Gürlek also condemned him for supporting terrorism.

The 59-year-old journalist has lived in Germany since the end of summer 2016 and several trials are underway against him in Turkey. However, Germany is unlikely to extradite the former editor-in-chief of the Turkish newspaper Cumhuriyet.

The most recent verdict was prompted by a report in Cumhuriyet 2015, when Dündar was editor-in-chief. In May 2015, the anti-government publication reported alleged secret arms deliveries by the Turkish intelligence service to Syrian rebel groups.

According to Dündar’s report, the trucks in which the weapons were transported by Turkey belonged to the Turkish intelligence service MIT. The truckers reportedly identified themselves as MIT members to the officers who stopped the vehicles. The trucks were stopped on two different days in early 2014 in Ceyhan, in the province of Adana, and in Hatay. In both cases, the weapons were discovered under a load of medical supplies. The weapons were supposed to be grenade launchers complete with projectiles and large amounts of ammunition for machine guns and other weapons.

Dündar reportedly received information and photos of the smugglers’ trucks from Enis Berberoğlu, the former editor-in-chief of the main daily newspaper Hürriyet. Later, Berberoğlu became a member of parliament for the opposition party CHP. He himself was in prison until the summer of 2020.

Other Turkish media also reported on arms smuggling. Aydınlık, a smaller daily newspaper, published the report even before Dündar’s Cumhüriyet, but journalists were never condemned for publishing the story.

But Dündar, on the other hand, was convicted in 2016 for publishing state secrets.

However, this verdict was later overturned, when the Supreme Court insisted that he, too, should answer for espionage. After three months in pre-trial detention, Dündar was released in early 2016 by order of the Turkish Constitutional Court, shortly after narrowly escaping an assassination attempt during a trial. Dündar was sentenced to more than five prisoners at the time, but managed to escape to Germany.

Indirectly, the 14th Chamber of the Istanbul Jury Tribunal recognized in its latest verdict that Dündar may have been right in his accusation of illegal arms supply to Syrian rebels. Dündar received 18 years and nine months in prison for obtaining secret information “for the purpose of espionage”.

However, the charge of illegally publishing state secrets has been dropped. The court also sentenced Dündar to eight years and nine months in prison for supporting terrorism. This charge has been brought against most dissidents in Turkey since the 2016 coup attempt.

The Istanbul court based its verdict on a letter sent to the UN Security Council in 2015 by Bashir Jaafari, the former Permanent Representative of the Syrian Arab Republic to the United Nations.

CBS News obtained the letter sent by Jaafari in which he complains to the UN that the Turkish government is trafficking arms to Syria. As proof of this, Jaafari cites, among others, Can Dündar’s article.

“Now the Turkish government is using this letter as evidence of my spying for the Syrian government,” Dündar told CBS News.

Dündar’s lawyers boycotted the sentence. They accused the court of acting under political instructions from the government and of violating the defendant’s rights. For example, they said, the court had already ruled on the case several times without a defense.

Since Dündar fled to Germany, all of his assets in Turkey have been confiscated a few months ago.

“We expected this result for five years,” Dündar told CBS News. “They were trying to find the right judge to give that stupid verdict because it is not easy to charge someone for spying without any evidence.”

“Now they have a letter from a Syrian official who simply cites several reports on the delivery of weapons, and Turkish judges call this evidence. It is ridiculous,” he added.

Also Dündar’s wife, Dilek – who joined her husband in exile in the summer of 2019 – called the sentence a joke: “It can become Bond 008 overnight – that’s ridiculous.”

Dündar will now go to the European Court of Human Rights. “My lawyers are going to appeal to the Supreme Court, but I don’t expect any of that because it is under Erdoğan’s control,” Dündar told CBS News.

“Everyone knows that these decisions and sentences are political and not judicial,” he said.

President Recep Tayyip Erdoğan repeatedly called Dündar an “agent”. He also rejected on Wednesday a sentence from the European Court of Human Rights in Strasbourg, which had demanded in the highest instance the release of Kurdish politician Selahattin Demirtaş. As a result, the exclusion of Turkey from the Council of Europe is likely to be on the agenda.

Critics of the Erdoğan government see the decision in the Dündar case as further evidence that Turkey is moving further and further away from European legal rules. The Strasbourg Human Rights Court on Tuesday demanded the release of Kurdish politician Demirtaş, who has been in pre-trial detention for more than four years. Demirtaş is being held for political reasons, European judges said.

The Strasbourg court also demanded the release of democracy activist Osman Kavala, who has been in prison for more than three years. Like Dündar, Demirtaş and Kavala were publicly denounced by Erdoğan as enemies of the state.

As a member of the Council of Europe, Turkey is obliged to apply the Strasbourg verdicts. However, in the case of Demirtaş and Kavala, Ankara refuses to do so.

Turkey is regularly criticized internationally for its systematic restriction on press freedom. The country currently ranks 154th in the international press freedom ranking of the organization Reporters Without Borders.

This verdict is discouraging to other journalists, said Dündar. “Who would now publish such a story knowing that he could face decades in prison?”

But he remains optimistic: “As soon as the political climate changes, all of these court decisions will become invalid.”