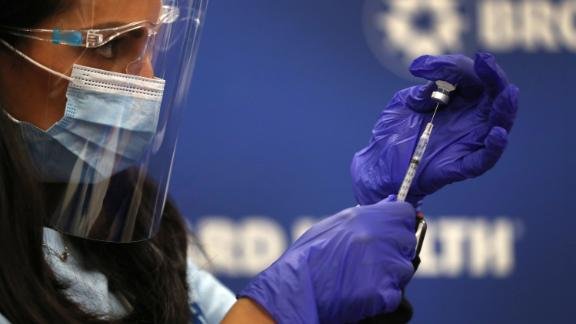 EL PASO, Texas – The West Clinic at the University Medical Center became the first facility in El Paso to administer Covid-19 vaccines to high-risk members of the general public on Wednesday.

The clinic was providing vaccines for people aged 75 and over until 5 pm at 6600 N. Desert Boulevard in El Paso.

UMC officials, along with El Paso County judge Ricardo Samaniego, confirmed to ABC-7 that vaccinations, which were not previously announced, were taking place.

Earlier on Wednesday, the El Paso Department of Public Health announced that it would soon begin Covid-19 vaccination for people in El Paso aged 65 and over, and those aged at least 16 with certain chronic medical conditions.

The plans are in line with guidelines from the Texas Department of Health Services, released earlier this week with the aim of “protecting the most vulnerable populations”.

“Since Phase 1B provides the vaccine to high-risk individuals, regardless of their sector of employment or status, it will provide protection for a number of critical populations at increased risk of contracting Covid-19,” said the director of the health department at El Paso, Angela Mora.

The vaccine, which first arrived in El Paso on December 14, until Wednesday, has so far only been administered to frontline health professionals.

In a statement, El Paso health officials said that this “next Covid-19 priority group will begin receiving the vaccine in the coming weeks”, but did not provide further details on the availability schedule.

The qualification of the underlying health conditions for the next phase of the vaccine will include, but is not limited to:

The authorities indicated that they would advise El Pasoans as soon as the vaccine was available for the next phase and would provide information at the time on how to schedule vaccination appointments at EPStrong.org.