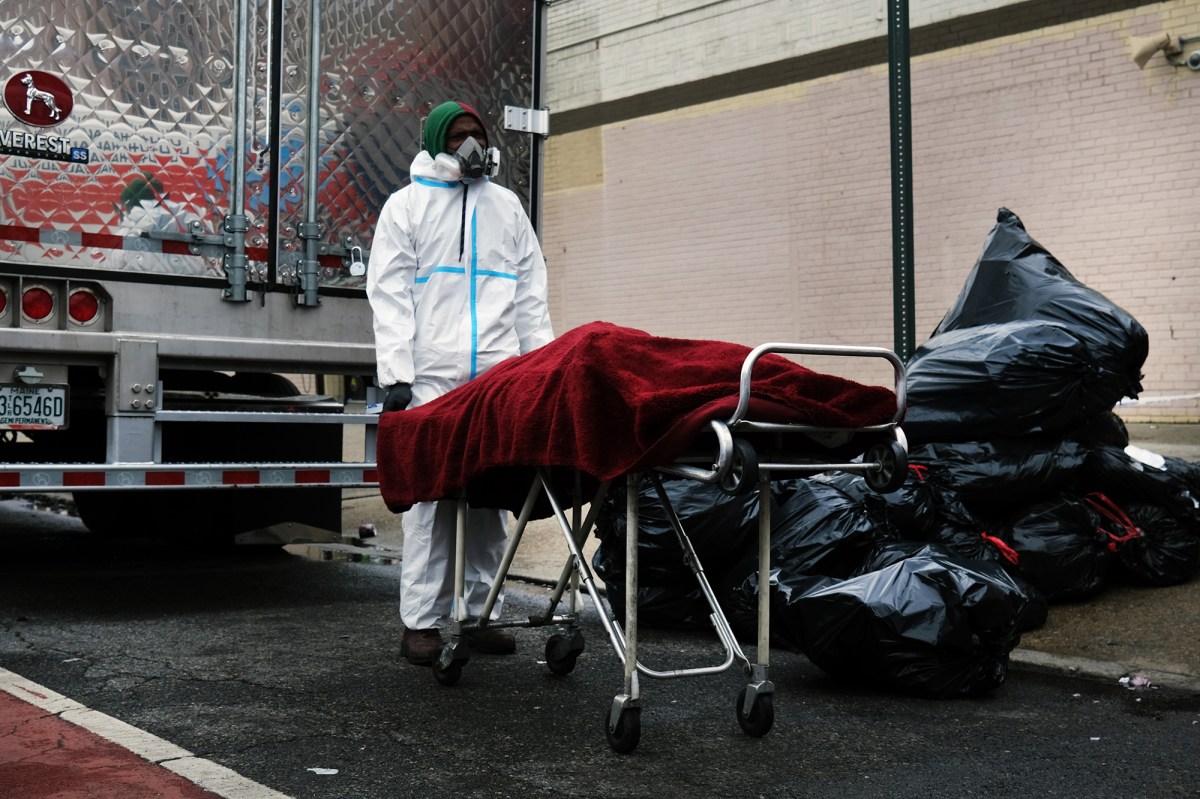 The coronavirus pandemic will make 2020 the deadliest year in US history.

While final data will not be available for several months, preliminary figures suggest that the United States saw more than 3.2 million deaths this year, which is at least 400,000 more than in 2019 – a figure that could still go higher, according to the Associated Press.

It marks a jump of 15%, the largest percentage jump after a year since 1918, when tens of thousands of American soldiers died in World War I and hundreds of thousands died of Spanish flu.

As of Wednesday morning, COVID-19 has claimed 322,849 lives in the United States, according to data from Johns Hopkins University, while the country is still seeing record increases.

It has sometimes been the leading killer before heart disease and cancer – and the Centers for Disease Control and Prevention (CDC) believes it may be responsible for many more than previously thought.

One case of pneumonia earlier this year may have been COVID-19 deaths, which were simply not recognized as such early in the epidemic, according to Robert Anderson, the CDC official who monitors the death statistics.

An unexpected number of deaths from certain types of cardiovascular disease, diabetes and dementia can also be linked to the pandemic, attributed to patients already weakened by these conditions and reduced care they received due to locking.

Suicide deaths fell in 2019 compared to 2018, but Anderson said the encouraging trend did not appear to have continued this year, an increase that some attribute to loneliness in lockdowns and worsening of existing mental health conditions.

At the same time, drug overdose deaths also appear to have increased – with the 81,000 registered during the twelve months ending in May, the highest number ever in a year.

Experts blame the pandemic’s disruption of care and recovery services, as well as people who abuse drugs while alone at home, without anyone being able to call for help.

But perhaps the biggest factor is that COVID-19 caused supply problems for retailers, leaving them increasingly mixing cheap and deadly fentanyl into heroin, cocaine and methamphetamine, experts said.

“I do not suspect that there are a lot of new people who suddenly started using drugs because of COVID. If anything, I think the supply of people who are already using drugs is more polluted, says Shannon Monnat, a researcher at Syracuse University who studies overdose trends.