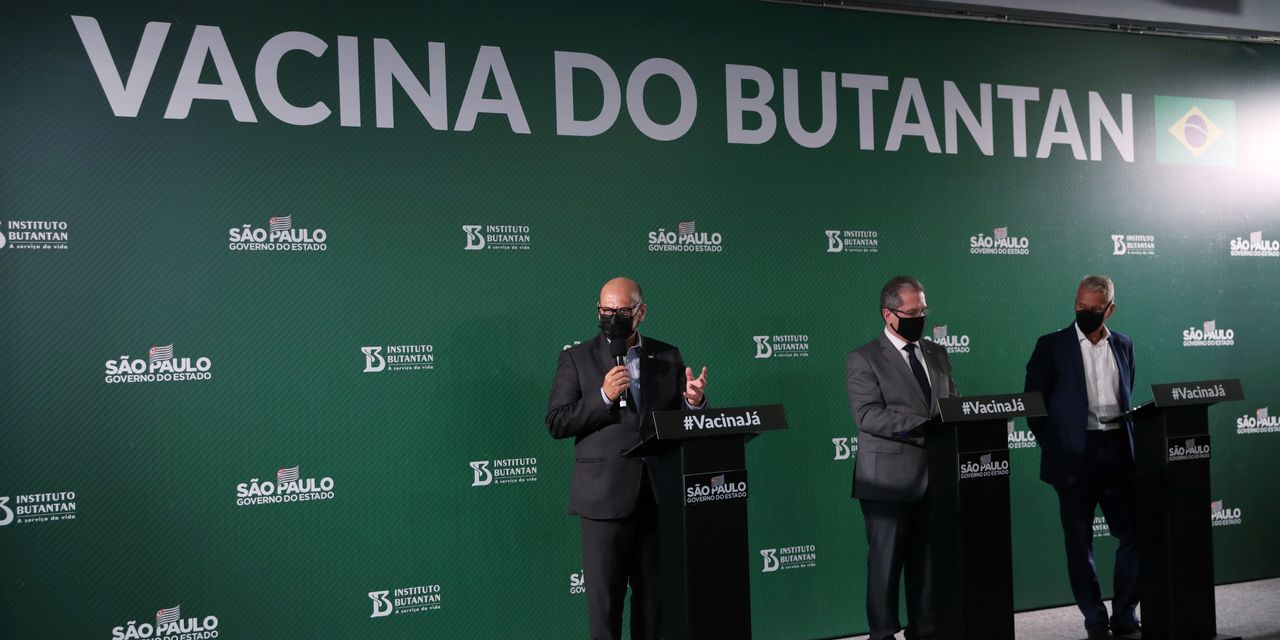 SAO PAULO – Chinese company Sinovac Biotech Ltd. delayed the announcement of the results of the final stage tests of its Covid-19 vaccine for January, as it consolidates data from Brazil with test results from Indonesia and Turkey.

Brazil, which is the first country to complete CoronaVac Phase 3 testing, is expected to announce the vaccine’s effectiveness rate on Wednesday. However, the Butantan Institute of Brazil, a research center supported by the state government of São Paulo that has been testing CoronaVac, said that Sinovac asked for another 15 days to analyze the data along with the results of other tests of the vaccine, which is also being tested in Indonesia and Peru.

“There cannot be three results of efficacy for the same vaccine,” said Butantan director Dimas Covas. According to him, the delay has nothing to do with the effectiveness of the vaccine, which must be one of the first approved for use in Brazil.

Scientists who tracked the vaccine expected CoronaVac to be comparable to other Covid-19 vaccines that have proved 95% effective.

“It was very frustrating … this is the only vaccine we currently have on Brazilian soil,” said Luiz Carlos Dias, a member of a research task force at Covid-19 at the State University of Campinas, in the state of São Paulo. “I’m concerned that the rate of effectiveness may not be that high after all.”

Other researchers said they were not concerned, dismissing the delay as a mere contractual issue. “It is an anticlimax, it must have happened because Sinovac forbade them to announce the result, most likely because it is only the result of a country,” said Carlos Fortaleza, an epidemiologist at Universidade Estadual Paulista.

Although Covas said he could not announce the results of the study, he said CoronaVac has exceeded the 50% limit for effectiveness, meaning that regulators can give the green light for use.

The Wall Street Journal reported for the first time on Monday that Phase 3 results showed that CoronaVac exceeded the 50% limit set by international scientists for a vaccine to be considered viable.

Sinovac, a private Beijing-based company that also developed vaccines against hepatitis A and B, the H5N1 avian flu virus and the H1N1 swine flu virus, did not immediately respond to requests for comment.

With the disease largely controlled at home, vaccine manufacturers in China have turned to other countries to conduct their clinical trials.

Brazil proved to be an ideal testing ground. Covid-19 devastated the Latin American country, killing almost 190,000 people, second only to the United States. The upside of the gloomy statistics is that the country has been able to test vaccines much faster than the countries where Covid-19 is under control.

Mr. Covas said more than 200 of the volunteers in the Phase 3 study contracted Covid-19, allowing scientists to calculate CoronaVac’s effectiveness rates by seeing how many of those people had the vaccine or the placebo. For definitive results, the researchers expected a minimum of 154 volunteers to contract Covid-19, but that number was quickly exceeded, as the disease returned in full force in Brazil in the past few weeks after previous declines.

CoronaVac testing in Turkey and Indonesia is still ongoing.

Brazilian specialists in infectious diseases that accompany the development of CoronaVac expect results similar to those of vaccines being developed by Moderna Inc.

and jointly by Pfizer Inc.

and BioNTech SE, which demonstrated efficacy rates of 94.5% and 95% in the final stages of the tests, respectively. Unlike these two vaccines, new types of genetic code vaccines, CoronaVac is one of many traditional virus-based vaccines that use a dead or weakened form of the virus targeted to induce an immune response.

While these more traditional vaccines tend to have lower efficacy rates, CoronaVac can be kept in a standard refrigerator between 36 and 46 Fahrenheit, making it easier to transport and store in poorer and less developed countries, infectious disease experts said .

The São Paulo government plans to use the vaccine to immunize the state, where a fifth of the Brazilian population lives, by the end of July. Butantan also plans to start shipping CoronaVac in May to Argentina, Bolivia, Colombia, Honduras, Peru and Uruguay.

“It is much easier logistically to bring vaccines from Brazil than from China,” said Colombian Health Minister Fernando Ruiz in an interview. Colombia, like most countries in the region, does not have the capacity to produce its own vaccines. The Philippines is also in negotiations with Sinovac.

—Kejal Vyas in Bogotá, Colombia, contributed to this article.