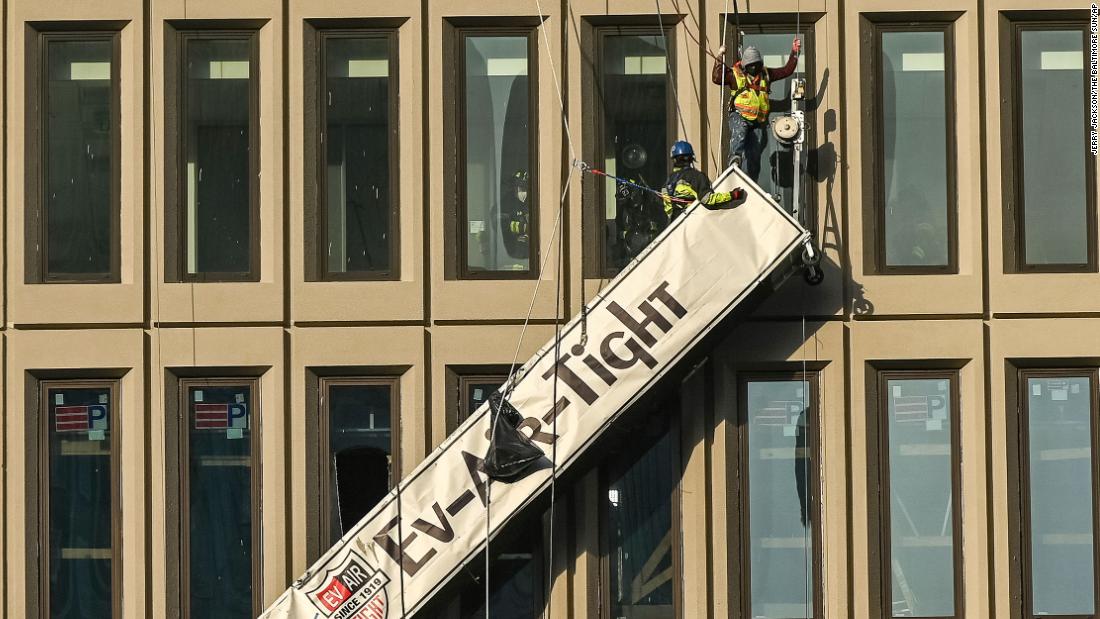 The incident occurred at the Baltimore Gas and Electric (BGE) building, according to a tweet from the Baltimore City Fire Department.

Twenty-one people were transported to a hospital in the area and two people refused treatment. Nine people were in critical condition and one person was in serious condition, said the fire department.

The incident is probably related to construction, not natural gas, and occurred while teams worked on the building’s air and boiler treatment system, a BGE statement said.

The building was practically empty because of the upcoming holiday and the pandemic, according to the statement, and the Fire Department and BGE teams will continue to investigate.

The official cause is currently unknown, says a tweet from the fire department.