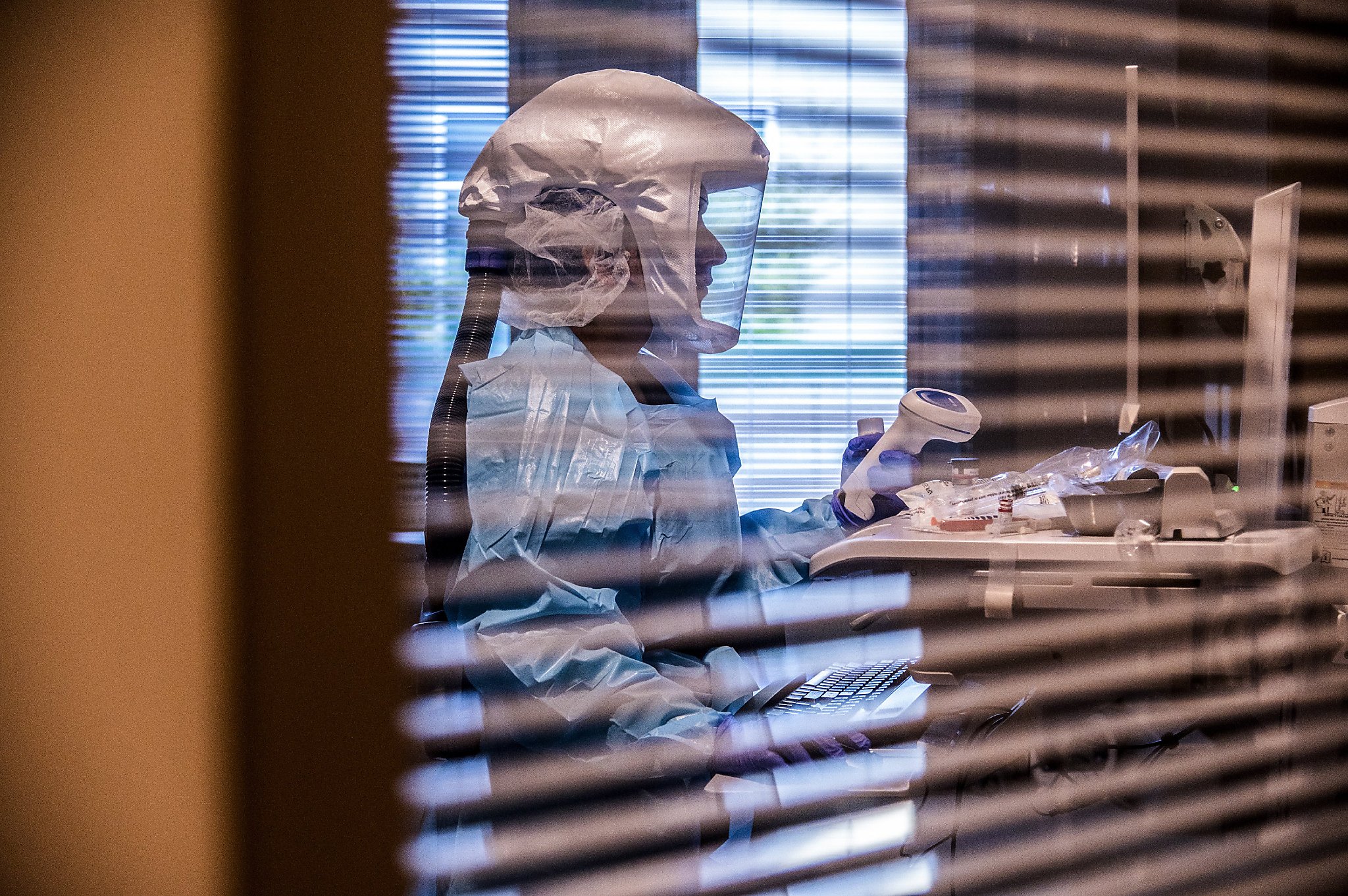 The day after California reported a scary record of more than 62,000 daily cases of coronavirus, the availability of intensive care across the state fell below 2% for the first time on Tuesday, and public health officials issued urgent appeals. for people to skip their usual Christmas celebrations this week.

With the number of hospitals and ICUs steadily increasing in almost every county, California has extended its curfew across the state. The ban on non-essential activities from 10 pm to 5 am was set to expire on Tuesday, but will remain in effect until intensive care capacity improves everywhere and more restrictive requests to stay at home are lifted.

The pressure on hospitals and health care providers to monitor patients with COVID-19 is extreme, say public health experts. Intensive care units were more than 100% full on Tuesday for the fifth consecutive day in Southern California and the San Joaquin Valley, and the state has opened field hospitals to care for patients who cannot find a bed in traditional facilities.

“We are struggling to add capacity to COVID patients right now,” said Greg Adams, chief executive of Kaiser Permanente, during a news conference on Tuesday.

Kaiser, one of the state’s largest health care providers, reported that 16 of his 36 hospitals were overcapacity in intensive care. Four northern California hospitals, but none in the bay area, were within or near ICU capacity, Kaiser officials said. The entire system had more than 100% of the normal patient volume for this time of year, and Adams said more than half of the patients had COVID-19.

“As the hospital bed count continues to decline, we simply will not be able to keep up if the peak of COVID continues to increase,” said Adams.

The new spike in daily cases came when Bay Area public health experts said they were seeing evidence that the local increase may be slowing slightly, although they warned that the region is not yet safe. The current trajectory of the increase may be a little less pronounced, but it is still increasing and may increase again after the holidays.

“I must stress that we have a long way to go. Even at this current pace, our situation would be very dire in the coming weeks, ”said Dr. Grant Colfax, director of the San Francisco Department of Public Health, at a news conference on Tuesday. “Vacation meetings away from home should be avoided at all costs.”

California registered 62,661 cases on Monday, breaking the previous day’s record by 17%. The bay area recorded 5,028 cases, which was not a record, but it is only the second time that the region has exceeded 5,000 cases in a day.

But the rate of increase is slowing in parts of the Bay Area. Colfax said that two weeks ago, when the regional order to stay home was put in place and the increase in Thanksgiving Day was becoming apparent, cases in San Francisco were increasing by about 8% each day. The daily increase has since dropped to about 2%, he said.

He said the home order, which San Francisco and four other Bay Area counties enacted before a state mandate, probably helped to suppress local broadcasting. Reproductive value, a marker of how fast the virus is spreading, has also dropped, he said – from about 1.45 two weeks ago to 1.24 now.

“We are still in a very dangerous position with the virus,” he said. “But we are starting to see that our collective efforts are making a difference.”

Deaths continue to increase, across the state and locally. California recorded 372 deaths on Tuesday, compared with last week’s average of about 233 deaths per day.

The bay area recorded 39 deaths from COVID-19, also up from last week’s average of 24 a day. Alameda County alone was responsible for 21 deaths on Tuesday.

Nearly 17,900 people were hospitalized with COVID-19 in California on Monday, more than twice as many as at the beginning of the month, three weeks ago. Hospitalizations in the Bay Area also nearly doubled, to 1,730 on Monday.

More than 3,700 people were undergoing intensive treatment with COVID-19 in California, including 435 in the bay area. The availability of intensive care across the state dropped to 1.4% on Tuesday. But availability remained stable in the Bay Area at 13.4%.

The Northern California region remained the only area outside the state’s order of stay, with 29.5% of the ICU beds available.

California public health officials on Monday released a bleak worst-case forecast for hospitalizations across the state, predicting that they could reach 90,000 by the end of January, although many experts say this is unlikely. Hospitals in many parts of the state have already activated plans to deal with a sudden increase in patients and predict that things will get worse in the coming weeks.

Colfax said on Tuesday that models for San Francisco suggest that if the city manages to push reproductive value below 1 next week – which would mean that the current outbreak is no longer growing – then the peak may reach 31 December. December, with 220 COVID -19 hospitalized patients. If the reproductive value is 1.24, the models suggest that the peak would not occur until March 1, with 590 people hospitalized.

In the near future, Kaiser projects that its California hospitals could see an increase of 1,400 COVID-19 patients by the end of this week, and an increase of 2,000 to 3,000 next month, if the situation does not improve.

“What we are seeing now is the effect of celebrating Thanksgiving,” said Dr. Stephen Parodi, executive vice president at Kaiser and an infectious disease specialist. “We understand why people did this, but we are actually making a bugle – a desperate plea to Californians not to repeat what happened on Thanksgiving. Our hospital system cannot afford to see another increase, as we saw on Thanksgiving Day. “